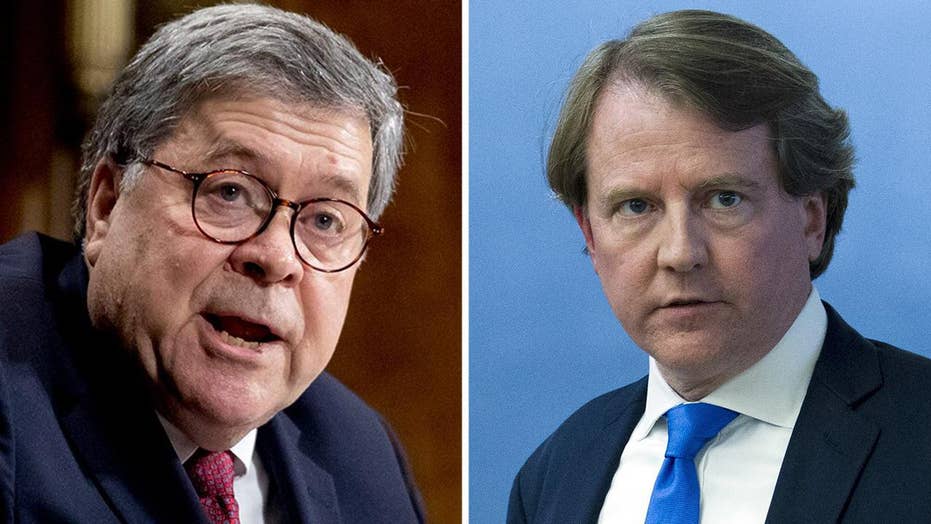 The lawsuit comes a week after a federal judge, in frank terms, dismissed a lawsuit by the Democratic National Committee (DNC) against key members of the Trump campaign and WikiLeaks over hacked DNC documents, saying they "did not participate in any wrongdoing in obtaining the materials in the first place" and therefore bore no legal liability for disseminating the information.

Naming McGahn as a defendant, the new federal complaint calls him the "most important witness, other than the President, to the key events that are the focus of the Judiciary Committee’s investigation" into Russian interference in the 2016 presidential election. 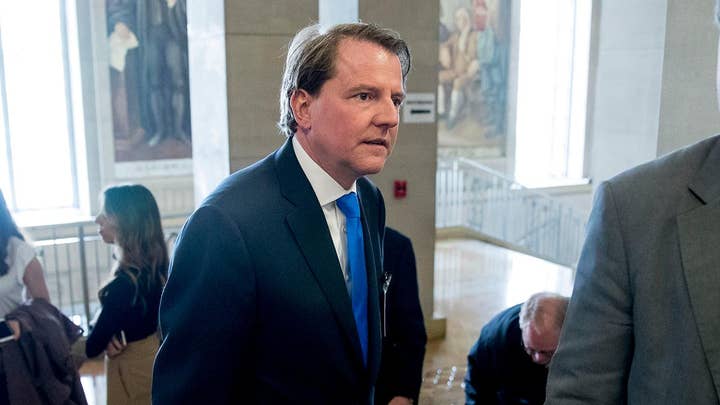 “Democrats’ decision to unilaterally end the accommodations process and file a lawsuit serves only to shut off this committee’s access to White House and DOJ documents," Collins said. "Their insistence on having Don McGahn testify publicly before the cameras further proves they are only interested in the fight and public spectacle of an investigation, but not actually in obtaining any real information.”

McGahn was a star witness in Special Counsel Robert Mueller's report who — under Trump's orders — has refused to release documents or testify before the panel. The Democratic lawsuit challenged the White House rationale that McGahn and other witnesses have "absolute immunity" from appearing and can defy subpoenas.

The Trump administration has argued that, under executive immunity, Congress may not constitutionally compel senior presidential advisers to testify about their official duties.

That defense, the complaint states, has "no basis in law" when there is a "compelling need" for Congress to obtain the information, and "no court has ever accepted this type of blanket claim in response to a Congressional subpoena."

"This 'absolute immunity' doctrine has no grounding in the Constitution, any statutes, or case law and never has been accepted by any court," the Democrats wrote.

The complaint continued: "The Report makes clear that McGahn witnessed multiple serious acts of potential obstruction of justice by the President—including demanding that  McGahn himself have the Special Counsel removed and then create a false record to conceal the President’s obstructive conduct."

"Given his central role in these and other events outlined in the  Report, McGahn is uniquely positioned to explain those events, bring additional misconduct to light, and provide evidence regarding the President’s intent," the complaint stated.

The legal action comes at a time when more than half of House Democrats have said they support beginning an impeachment inquiry. House Speaker Nancy Pelosi, D-Calif., has so far resisted that step, saying she wants to wait to see what happens in court. The McGahn lawsuit is a central part of Pelosi's strategy of "legislate, investigate, litigate," but could delay any final decisions on impeachment for several months.

In a letter to colleagues announcing that the lawsuit was imminent, Pelosi said "no one is above the law."

The lawsuit noted that the Judiciary Committee "is now determining whether to recommend articles of impeachment against the President based on the obstructive conduct described by the Special Counsel" -- but that it "cannot fulfill this most solemn constitutional responsibility" without McGahn's testimony.

Efforts to impeach the president, so far, have fizzled. The House of Representatives last month voted to set aside a resolution by Rep. Al Green, D-Texas, to introduce articles of impeachment against Trump – the third time the Houston-area lawmaker has taken a shot at impeaching the president, but the first since Democrats regained control of the House.

McGahn's lawyer, William A. Burck, in a statement said "McGahn is a lawyer and has an ethical obligation to protect client confidences" and does not believe he witnessed any violation of law.

"When faced with competing demands from co-equal branches of government, Don will follow his former client's instruction, absent a contrary decision from the federal judiciary," Burck said.

Speaker of the House Nancy Pelosi, D-Calif., and the Democratic Caucus hold an event on the House steps to highlight their agenda since taking the majority in the 2018 election, at the Capitol in Washington, Thursday, July 25, 2019. The House leaves for a five week August recess Friday. (AP Photo/J. Scott Applewhite)

In contrast to Pelosi, House Judiciary Committee Chairman Jerrold Nadler insists that the committee is essentially already doing the work of impeachment, with or without a formal House vote to begin an inquiry. Nadler has also made it clear that he'd favor beginning official proceedings, saying last month that Trump "richly deserves" impeachment.

Nadler laid out an aggressive timeline this week, saying that he hopes to be able to have resolution in court by the end of October.

"If we decide to report articles of impeachment we could get to that in the late fall, perhaps in the latter part of the year," Nadler said Monday on MSNBC.

Nadler had previously threatened to take McGahn to court.

“Let me be clear, this committee will hear Mr. McGahn's testimony, even if we have to go to court to secure it,” he said in May, at the beginning of a hearing McGahn skipped.

Accusing Trump of witness intimidation, Nadler added, “When this committee issues a subpoena, even to a senior presidential adviser, the witness must show up. Our subpoenas are not optional.”

The Judiciary Committee has also filed a petition in federal court to obtain secret grand jury material underlying Mueller's report. The request, filed on July 26, argues the panel needs the information as it weighs whether to pursue impeachment. The committee and the Justice Department agreed to file arguments by the end of September, pushing any resolution until October.

Democrats are pushing ahead with their investigations following Mueller's testimony before the Judiciary Committee in July, when the former special counsel told the panel he had not "exculpated" Trump. Democrats are trying to focus public attention on Mueller's words and on his 448-page report's contents, including several episodes in which Trump sought to influence the special counsel's investigation into Russia election interference.

Mueller concluded that he could not exonerate Trump on obstruction of justice, leading Republicans to note that prosecutors generally do not have the ability to exonerate anyone. Mueller also concluded that there was no evidence to prove a criminal conspiracy between Trump's campaign and Russia, despite multiple outreach efforts by Russians seeking to involve the Trump campaign in hacking and disinformation efforts.

Nearly half of the House Democrats now support some type of impeachment inquiry against President Trump; reaction and analysis from Kimberley Strassel, Wall Street Journal columnist and a member of the paper's editorial board.

Nadler said the grand jury information "is critically important for our ability to examine witnesses" like McGahn and investigate the president. He said the Mueller report is not all of the evidence, but "a summary of the evidence."

Democrats are fighting the Trump administration in court on several other fronts. The House Ways and Means Committee sued the Treasury Department and IRS officials this summer in an attempt to obtain the president's tax returns. And in two other cases, the administration has tried to stop financial institutions from turning over Trump's personal records to Congress.

Trump is trying to block most every request from Congress, saying he will fight "all of the subpoenas." But Democrats think they have firm legal standing to win against him in court, and Nadler said he believes the McGahn case could break the logjam.

"Once we win that we'll win all the other subpoenas because they are basically the same legal questions," Nadler said Monday.