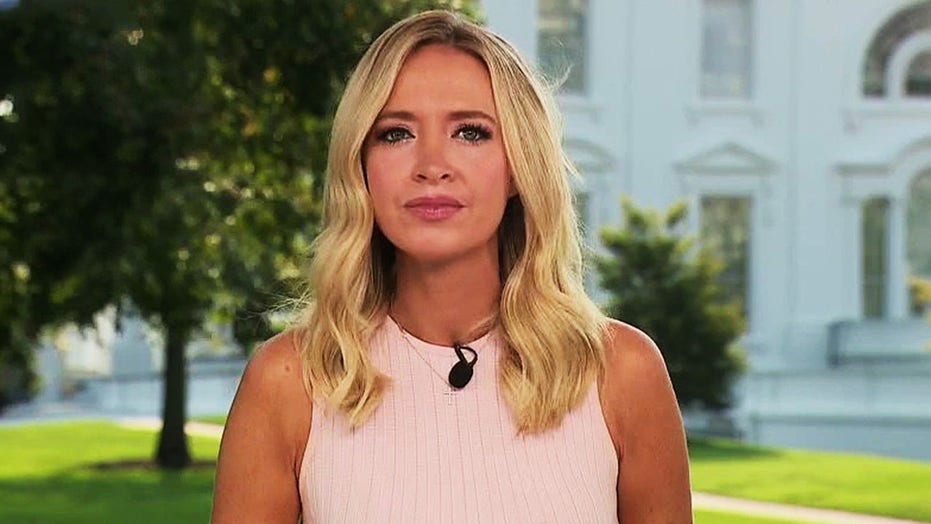 White House press secretary Kayleigh McEnany blasted Democrats who want to delay the Supreme Court nomination until after the inauguration – saying that they are showing a “blatant disregard for the U.S. Constitution.”

"Apparently it’s now a high crime and misdemeanor for a lawfully elected president of the United States to exercise his constitutional duty,” she added, pointing to Article II Section 2 of the Constitution, which states the president shall nominate justices for the Supreme Court when a vacancy occurs.

McEnany pointed to a number of Democrats threatening impeachment if the president moved forward with nominating a new Supreme Court justice after the death of Justice Ruth Bader Ginsburg last Friday.

Over the weekend, after it was announced that Ginsburg had passed away, Senate Majority Leader Mitch McConnell, R-Ky., vowed that a Trump nominee to the Supreme Court “will receive a vote on the floor of the United States Senate.”

House Speaker Nancy Pelosi, D-Calif., in an interview on ABC News’ “This Week,” was asked by George Stephanopoulos about the possibility of using impeachment as an option to halt the confirmation of a Trump nominee.

“Pelosi will not rule out impeaching this president for doing his job,” McEnany said. “AOC said impeachment is an option on the table while Schumer stood by approvingly.”

McEnany also noted that Sen. Ed Markey, D-Mass., threatened to abolish the filibuster and pack the court if Trump fills the SCOTUS seat should Democrats win the Senate in November. The Senate rule requires 60 votes to end debate on a topic and move it forward with a vote. Only a simple majority is required for all executive branch nominees.

“The president is elected to a four-year term. You can’t unilaterally reduce it to three years. The president is the president. Democrats can't win on the merits, on precedent, they must search and destroy,” McEnany said.

Sen. Minority Leader Chuck Schumer, D-N.Y., told Democrats in a call on Saturday that “nothing is off the table” if Republicans move forward with replacing the late Justice Ginsburg.

Rep. Alexandria Ocasio-Cortez, D-N.Y., was asked during a press conference on Sunday whether she felt the House should employ impeachment tactics against the president and his attorney general, to which she said that she believed that there has been “an enormous amount of law-breaking in the Trump administration,” and that the attorney general is “unfit for office” and has “pursued potentially law-breaking behavior.”