Senate Majority Leader Mitch McConnell said top Democrats Nancy Pelosi and Chuck Schumer of "trying to pull a fast one," warning in a floor speech Wednesday that there was "no realistic path" to quickly approve larger stimulus checks for Americans contending with the coronavirus pandemic.

McConnell accused Pelosi and Schumer of attempting to "warp" President Trump’s call for $2,000 direct payments to Americans. The majority leader said the Senate would not separate a vote on $2,000 stimulus checks from a bill backed by GOP leaders that includes the establishment of a commission to investigate election fraud and a repeal of Section 230, the measure which protects social media platforms from liability over third-party posts.

"As they’ve tried to do countless times in the past four years, Speaker Pelosi and Leader Schumer are trying to pull a fast one on the president and the American people," McConnell said. "First of all, they’re hoping that everyone just forgets about election integrity and Big Tech. They’re desperate to ignore those two parts of President Trump’s request."

President Trump and lawmakers from both sides of the political aisle have called on Congress to approve $2,000 direct payments, up from the $600 checks currently detailed in a $900 billion coronavirus stimulus package approved last weekend. Earlier this week, McConnell said the Senate would "begin a process" to consider larger stimulus checks after the body blocked a measure from House Democrats that called for an immediate vote. 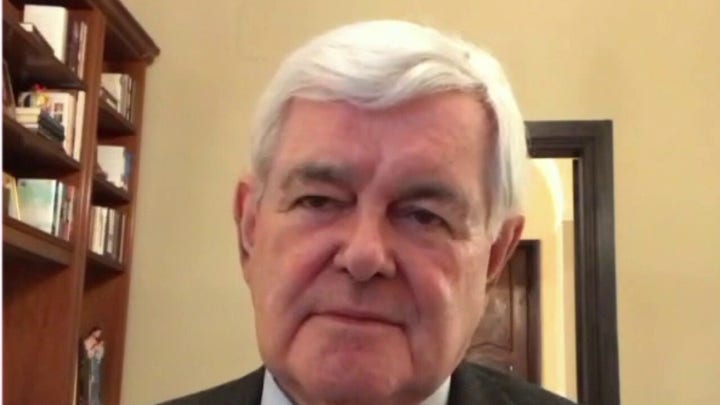 McConnell said Democratic leaders sought to push through a package that would vastly increase the national debt and provide money to families that are not in dire need of aid.

"Look, it's no secret that Republicans have a diversity of views about the wisdom of borrowing hundreds of billions more to send out more non-targeted money, including to many households that have suffered no loss of income during the crisis," McConnell said. "COVID-19 has not affected all households equally."

"At the very least, the Senate deserves the opportunity for an up-or-down vote on increasing the individual payments to the American people," the New York senator said.

McConnell’s remarks raised further doubt about the potential approval of larger payments. Democrats have opposed calls for a repeal of Section 230 and establishment of an election integrity commission.

The Treasury Department and the IRS began sending out a second wave of direct payments this week. Officials said the payments will be "topped up as quickly as possible" if Congress approves the release of larger checks.