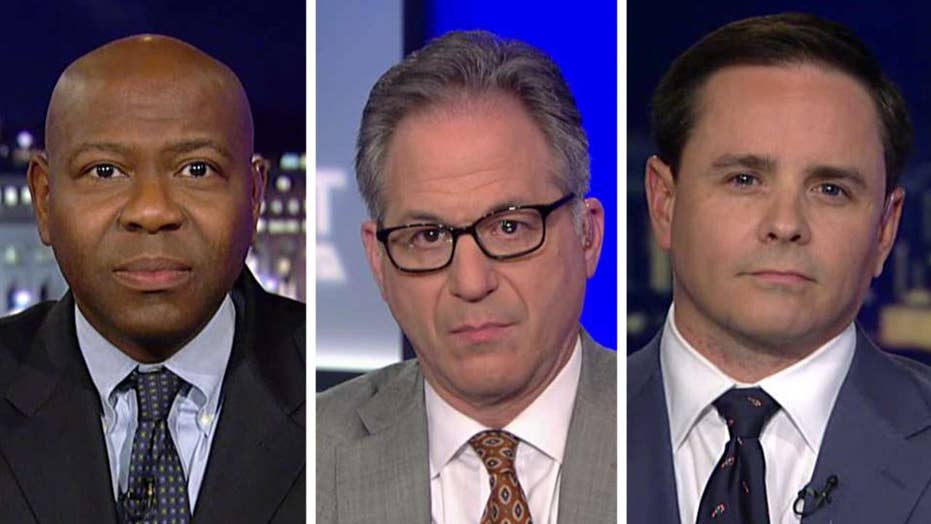 Two of the top lawmakers from opposing parties gave their last remarks on the House floor before a historic vote Wednesday night to send two articles of impeachment against President Trump to a Senate trial.

House Majority Leader Steny Hoyer, D-MD, accused Republicans of the "craven rationalization of presidential actions" and applauded his independent colleague, Justin Amash, I-MI, who says he is supporting impeachment against Trump despite laying no claim to a party.

"Party loyalty must have its limits," Hoyer said.

Earlier in the day, Amash expressed his support for impeaching Trump saying "I come to this floor not as a Democrat, not as a Republican but as an American who cares deeply about the Constitution, the rule of law and the rights of the people."

Hoyer built on those statements saying, "The votes we are about to take concern the rule of law and democracy itself. Let us not forget the words of John Locke... 'Whenever law ends, tyranny begins.'"

The second-ranking lawmaker in the House drew applause from his Democratic colleagues when he pushed back on notions that impeachment efforts are a mere attempt to undo Trump's 2016 victory.

Still, House Minority Leader Kevin McCarthy, R-CA, lambasted Democrats in his closing speech saying "Because they lost to him in 2016, they’ll do anything to stop him in 2020."

"That’s not America. That’s not how democratic republics behave. Elections matter. Voters matter," McCarthy said. "They want to undo the results of the last election to influence the next one."

In his final remarks before the House voted on charges that Trump abused the power of his office and obstructed Congress, McCarthy accused House Speaker Nancy Pelosi, D-CA, of "undoing a national election" and attempting to "disqualify our voice before the 2020 election."

"We know Democrats hate President Trump, his beliefs, the way he governs and even the people who voted for him. They say so, day after day. In 2016, they dismissed his supporters, calling us 'Deplorables.' Now, they are trying to disqualify our voice before the 2020 election," McCarthy said.

The bitter partisanship ahead of the vote threatens to leak into the start of a Senate trial, especially after Majority Leader Mitch McConnell, R-KY, met with the White House to go over the strategy and optics of the inevitable proceedings.

Democrats have decried that the GOP-led Senate will not abide by a fair trial, and Hoyer proposed the idea of delaying transmitting the articles of impeachment from the House to the Senate in an effort to stall a dismissal of the case against Trump.

“Some think it’s a good idea. And we need to talk about it,” Hoyer said early Tuesday.