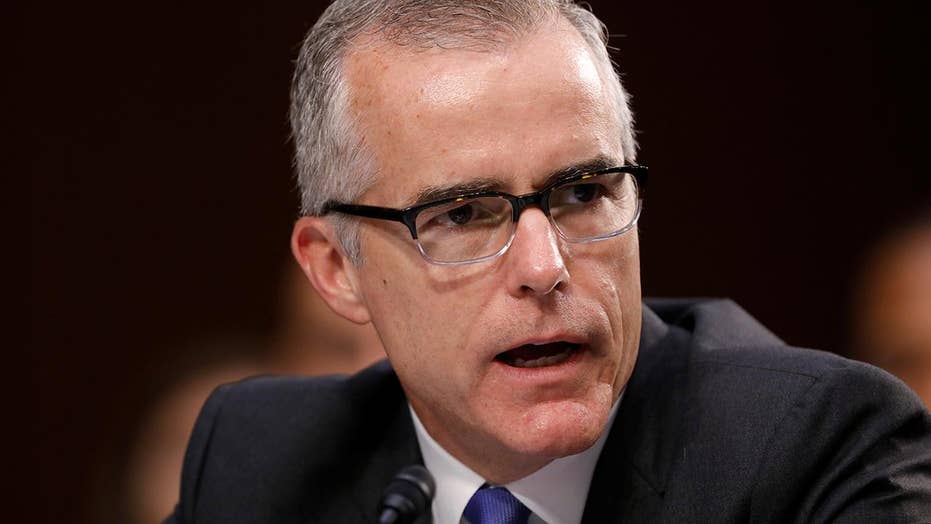 Ousted FBI Deputy Director Andrew McCabe is seeking immunity in exchange for his testimony related to a Justice Department watchdog’s referral for possible prosecution, ahead of a congressional hearing on the handling of the Clinton email probe during the 2016 presidential election.

Michael Bromwich, an attorney representing McCabe, sent a letter to Senate Judiciary Committee Chairman Chuck Grassley, R-Iowa, on Tuesday requesting that McCabe be granted immunity in exchange for testimony surrounding the inspector general’s report that he leaked information and lied about it to former FBI director James Comey.

Bromwich told the senator, “McCabe welcomes your invitation to testify and is eager to answer any questions that you or other members of the Committee have,” adding that because of his “criminal referral” by the inspector general, he could face prosecution.

“We hereby request that the Judiciary Committee authorize a grant of use immunity to Mr. McCabe,” adding that the “no testimony or other information provided by Mr. McCabe could be used against him in any criminal case.” 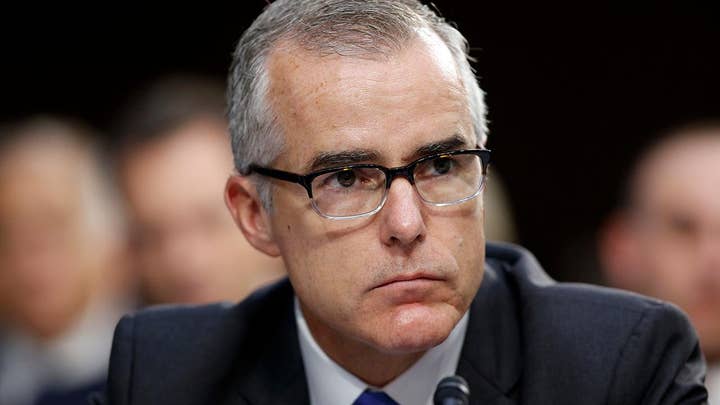 McCabe was fired in March just a few days shy of his retirement by Attorney General Jeff Sessions after it was reported that he leaked a self-serving story to the press and later lied about it to Comey.

But Bromwich provided, in his letter to Grassley, information about emails that “demonstrate that Mr. McCabe advised former Director Comey, in October 2016, that Mr. McCabe was working with FBI colleagues to correct inaccuracies before certain media stories were published.”

McCabe was prevented from providing the emails themselves because of a non-disclosure agreement he was forced to sign by the FBI upon his termination and more information surrounding his account is unlikely to be revealed unless he is granted immunity, his lawyer said.

“If this Committee is unwilling or unable to obtain such an order, then Mr. McCabe will have no choice but to invoke his Fifth Amendment privilege against self-incrimination,” Bromwich added.

Comey has claimed that McCabe never informed him of the leak.