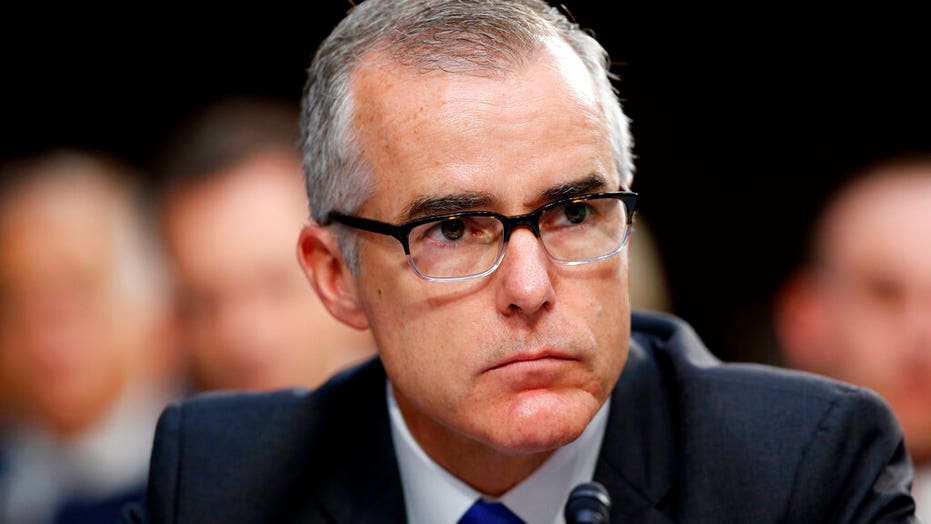 Former acting FBI Director Andrew McCabe admitted in 2017 testimony released Thursday that the FBI was unable to “prove the accuracy” of the so-called Steele dossier, which was famously used to obtain surveillance warrants for former Trump campaign aide Carter Page.

"What is the most damning or important piece of evidence in the dossier that you now know is true?" McCabe was asked in December 2017, according to transcripts released Thursday by the House Intelligence Committee.

“Well, as I tried to explain before, there is a lot of information in the Steele reporting. We have not been able to prove the accuracy of all the information," McCabe replied.

Questioned on former British spy Christopher Steele reporting on Page, McCabe was asked: "You don't know if it's true or not?"

The FBI heavily relied upon Steele’s now-discredited dossier to obtain a surveillance warrant to spy on Page. FBI officials in the warrant asserted that Page was an "agent" of Russia, though the Mueller probe never established that.

A Justice Department summary declassified in January showed that at least two of the FBI’s surveillance applications to secretly monitor Page lacked probable cause.

The DOJ's admission meant that the Foreign Intelligence Surveillance Act (FISA) warrant authorizations to surveil Page, when stripped of the FBI's misinformation, did not meet the necessary legal threshold and should never have been issued.

Footnotes from Department of Justice Inspector General Michael Horowitz's report on FBI misconduct declassified in April revealed the FBI's Crossfire Hurricane team investigating the Trump 2016 campaign received multiple indications that Steele -- one of their key informants in their investigation -- was part of an elaborate "Russian disinformation campaign.”

Another footnote released in April showed hesitation around Steele’s reporting on former Trump lawyer Michael Cohen, who Steele's dossier claimed had traveled to Prague to meet with Russian agents. Special Counsel Robert Mueller was unable to substantiate that claim, and Cohen has denied it.

The heavily redacted footnote read: “The [REDACTED] stated that it did not have high confidence in this subset of Steele’s reporting and assessed that the referenced subset was part of a Russian disinformation campaign to denigrate US foreign relations.”

Also in the transcripts released Thursday, former Director of National Intelligence James Clapper, discussed how the Russians believed Trump would be "easier to deal with" than Hillary Clinton as president.

“I do think, though, they thought that ... President Trump would be easier to deal with,” Clapper said. “He is a businessman. He'd be more willing to negotiate and make deals. And I don't think it was anything more sophisticated than that sort of guided their objectives.”

But he also said: "I never saw any direct empirical evidence that the Trump campaign or someone in it was plotting/conspiring with the Russians to meddle with the election."