The Justice Department said it will not pursue criminal charges against former FBI deputy director Andrew McCabe, after a nearly two-year-long investigation into accusations brought by the agency's independent watchdog; reaction and analysis on ‘Outnumbered.’

The Justice Department said Friday it will not pursue criminal charges against former FBI deputy director Andrew McCabe, after a nearly two-year-long investigation into accusations brought by the agency's independent watchdog who found that he lacked "candor" when questioned about leaking to the media.

TRUMP INSISTS HE HAS ‘LEGAL RIGHT’ TO INTERVENE IN DOJ CASES, BUT HAS CHOSEN NOT TO

“We write to inform you that, after careful consideration, the government has decided not to pursue criminal charges against your client, Andrew G. McCabe,” Cooney wrote.

The DOJ added: “Based on the totality of the circumstances and all of the information known to the government at this time, we consider the matter closed."

In a statement to Fox News, Bromwich and McCabe counsel David Schertler confirmed they received the information through a phone call from the U.S. Attorney’s office in Washington, D.C. They said that call was followed by the letter notifying them that “the criminal investigation of Andrew McCabe has been closed.”

“This means that no charges will be brought against him based on the facts underlying the Office of the Inspector General’s April 2018 report,” Bromwich and Schertler said. “At long last, justice has been done in this matter.” 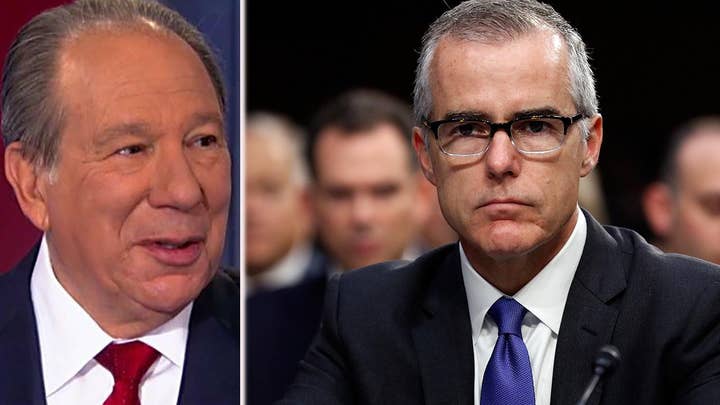 “We said at the outset of the criminal investigation, almost two years ago, that if the facts and the law determined the result, no charges would be brought,” they said. “We are pleased that Andrew McCabe and his family can go on with their lives without this cloud hanging over them.”

McCabe, a CNN contributor, appeared on CNN shortly after the news broke with his response.

“It was traumatic to leave the FBI, certainly in the way that I did, and that’s been tough to live with,” McCabe said. “The added insult and suspicion that comes with being under criminal investigation just made the entire experience a million times worse.”

McCabe said he’s glad the DOJ “finally decided to do the right thing” but blasted the lengthy process.

“It is an absolute disgrace that they took two years, and put my family through this experience for two years, before they finally drew the obvious conclusion and one they could have drawn a long, long time ago,” he said.

After the president expressed his frustrations about the case against Stone over Twitter, Attorney General Bill Barr said in a television interview on Thursday that “it’s time to stop the tweeting about Department of Justice criminal cases.” 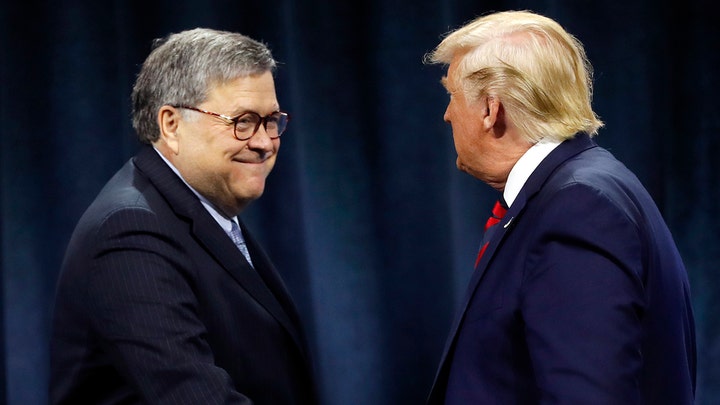 Trump, who has railed against McCabe and has argued prosecutors have been tougher on his allies than people on the other side of the political spectrum, is likely to decry the Justice Department’s decision on McCabe.

As for the case against McCabe, the 2018 inspector general’s report faulted the former deputy director for leaking information to then-Wall Street Journal reporter Devlin Barrett for an Oct. 30, 2016 story titled “FBI in Internal Feud Over Hillary Clinton Probe.” The story, written just days before the presidential election, focused on the FBI announcing the reopening of the Clinton investigation after finding thousands of her emails on a laptop belonging to former Democratic Rep. Anthony Weiner, who was then married to Clinton aide Huma Abedin.

That leak confirmed the existence of the probe, the report said, which then-FBI director James Comey had up to that point refused to do.

McCabe served at the FBI for 21 years. He became the acting director in May 2017 after President Trump fired Comey.

Then-Attorney General Jeff Sessions fired McCabe in March 2018 after the inspector general found he had repeatedly misstated his involvement in a leak to The Journal regarding an FBI investigation into the Clinton Foundation.