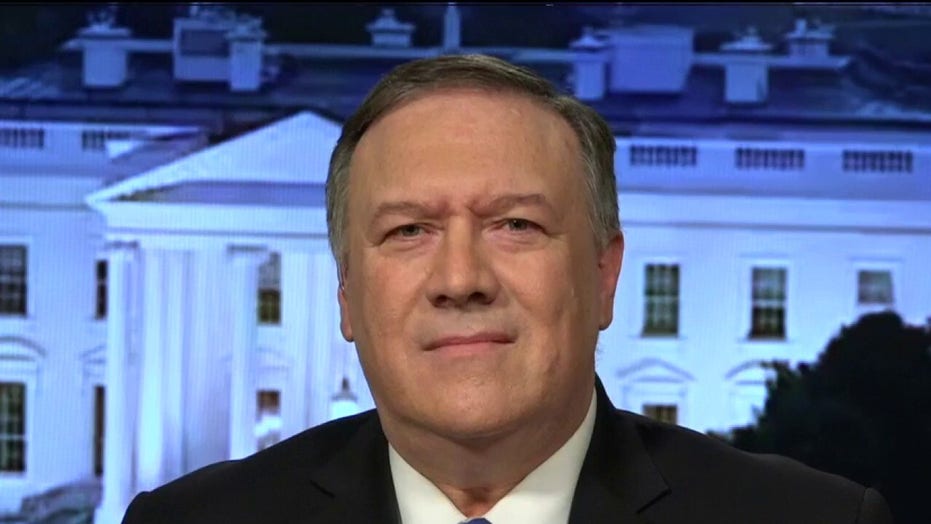 China's Communist Party tried to suppress the truth instead of trying to suppress coronavirus, says Secretary of State Mike Pompeo.

Rep. Mario Diaz-Balart, R-Fla., on Wednesday became the first member of Congress to announce that he has tested positive for coronavirus, saying he had been stricken with a fever and headache this weekend.

As the news broke, Republican whip Steve Scalise, R-La., issued a statement announcing he would go into quarantine, although he said he did not currently have any symptoms.

“I have just been informed that my colleague, Mario Diaz-Balart, tested positive for COVID-19. Since I had an extended meeting with him late last week, out of an abundance of caution, I have decided it would be best to self-quarantine based on the guidance of the Attending Physician of the United States Congress," Scalise said.

Rep. Ann Wagner, R-Mo., said she would also self-quarantine, although she had no symptoms, because last week she "participated in a small group meeting with a colleague who has since tested positive for COVID-19."

Fox News has obtained the letter sent from the Office of the Attending Physician at the Capitol to lawmakers late Wednesday. "It reflects the pace of the COVID-19 disease throughout the United States and its presence here in Washington, D.C. that it has touched the community of the U.S. Capitol," the letter, written by Dr. Brian Monahan, concludes.

Monahan said his office "has taken appropriate actions to identify any individuals who require additional monitoring for periods of quarantine," and "has adopted a very conservative guideline to identify individuals who may have come into contact with the ill Members during the pre-symptomatic period of March 13th."

"The office has additionally reviewed possible exposures among staff members and has assessed other areas involving the calendars of the affected individuals," Monahan went on. "The Office of Attending Physician has identified the offices and locations that were found to be at risk and these have been treated by the Architect of the Capitol, using CDC approved cleaning methods to ensure there is no residual risk to others."

Other instances "where the affected Members may have briefly come into contact with other colleagues on the House Floor would be considered to be low risk exposures and no additional measures are required other than for them to report any illness should they become ill," he said.

The virus already had affected others on Capitol Hill, which has remained closed to visitors. At least two congressional staffers have been infected by the virus, and some prominent politicians have self-quarantined at both the state and federal levels. 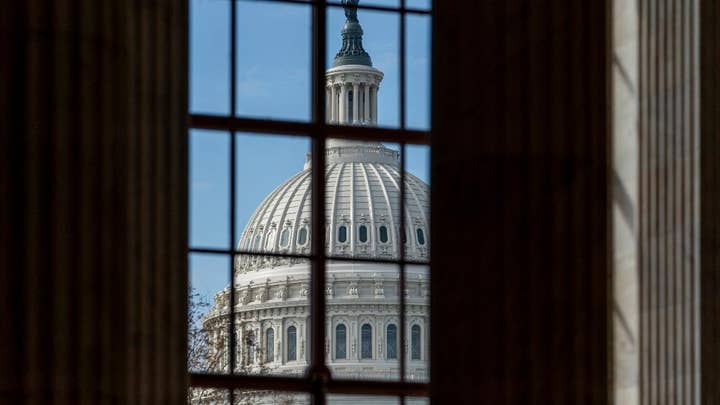 "In an abundance of caution, after votes on Friday, March 13th, Congressman Mario Diaz-Balart decided to self-quarantine in Washington, D.C, and not return to South Florida because of his wife Tia’s pre-existing conditions that put her at exceptionally high risk," his office said in a statement. "On Saturday evening, Congressman Diaz-Balart developed symptoms, including a fever and a headache.  Just a short while ago, he was notified that he has tested positive for COVID-19. While in quarantine Diaz-Balart has been working from his apartment in Washington, D.C."

"However, it is important that everyone take this extremely seriously and follow CDC guidelines in order to avoid getting sick and mitigate the spread of this virus," Diaz-Balart said. "We must continue to work together to emerge stronger as a country during these trying times.”

McAdams, on Twitter, said wrote that he was "isolated" at home when he developed "a fever, a dry cough and labored breathing."

He added that he was conducting meetings by telephone and urged everyone to take the virus "seriously."

Lawmakers increasingly have practiced social distancing amid the outbreak. Earlier this month, Sen. Ted Cruz, R-Texas, Rep. Paul Gosar, R-Ariz., and several other members of Congress announced they would self-quarantine after they had possible exposure to the virus.

Miami Mayor Francis Suarez tested positive for coronavirus last week. Diaz-Balart has served in the U.S. House of Representatives since 2003.

Sen. Michael Bennet, D-Colo., indicated he would not self-quarantine on Wednesday even after coming in contact with an infected constituent. He was the third member of Congress from the state to be told he had met with a constituent who tested positive for the virus, The Denver Post's Justin Wingerter reported. The other two lawmakers voluntarily self-quarantined.

In Iran, the coronavirus has killed several lawmakers and senior political figures.

Hours earlier in the day, President Trump described himself as a “wartime president” fighting an invisible enemy and invoked rarely used emergency powers to marshal critical medical supplies against the coronavirus pandemic. The Senate, meanwhile, approved an aid package that will guarantee sick leave to workers who fall ill.

Trump tapped his authority under the 70-year-old Defense Production Act to give the government more power to steer production by private companies and try to overcome shortages in masks, ventilators and other supplies.

And, the Senate overwhelmingly passed a second coronavirus response bill, which Trump then enacted with his signature. The vote was a lopsided 90-8 despite worries by many Republicans about a temporary new employer mandate to provide sick leave to workers who get COVID-19. The measure is also aimed at making tests for the virus free.