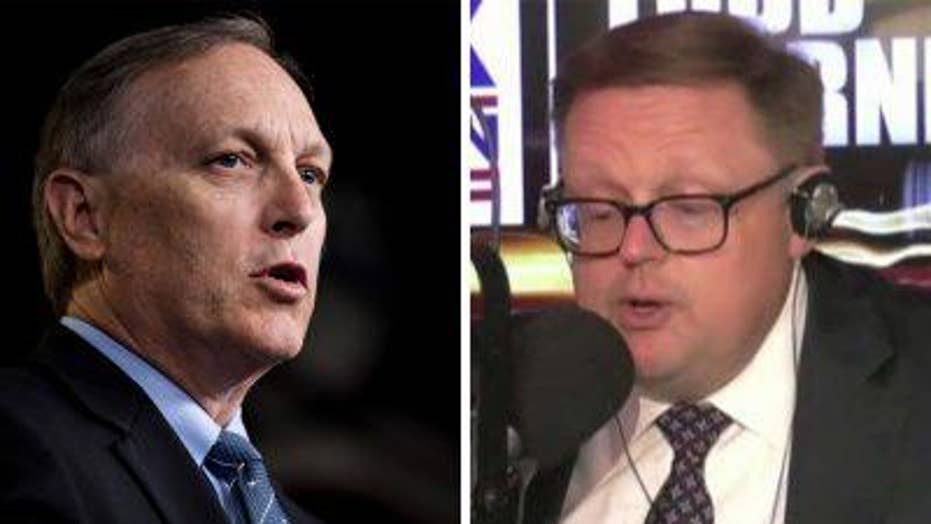 A Republican lawmaker blasted a Democrat who publicly disparaged President Trump's supporters, claiming the remarks on the House floor added to the partisan divide.

Rep. Marcia Fudge, D-Ohio, knew what she was doing when she read a letter calling Trump supporters "racist" and "dumb", comparing them to cult members, Rep. Andy Biggs, R-Ariz., charged on "The Todd Starnes Show."

"When you demonize people because they support the president of the United States, regardless of who that president is... you create strife, you create division," Biggs said.

He told host Todd Starnes not to be shocked if the Democrat later claims the GOP is the party causing friction in American politics.

"Don't be surprised - she's going to turn around and blame all the division in the country on Republicans... and never have introspection and look at herself and say, 'I'm contributing to this very big gap of discord that we have in this country today'," the House Judiciary Committee member continued.

Trump's supporters, Williams said, were, "either racist, steeped in racist religious beliefs, ignorant, or as my mother used to say, just plain dumb.”

He added they appear "to have become a Trump cult."

As she stayed near the front of the chamber reading the letter, Rep. Larry Bucshon, R-Ind., called Fudge out by asking, "Are we in order or what are we doing?"

After the Democrat responded to him, Bucschon shot back, "No, you're out of order."