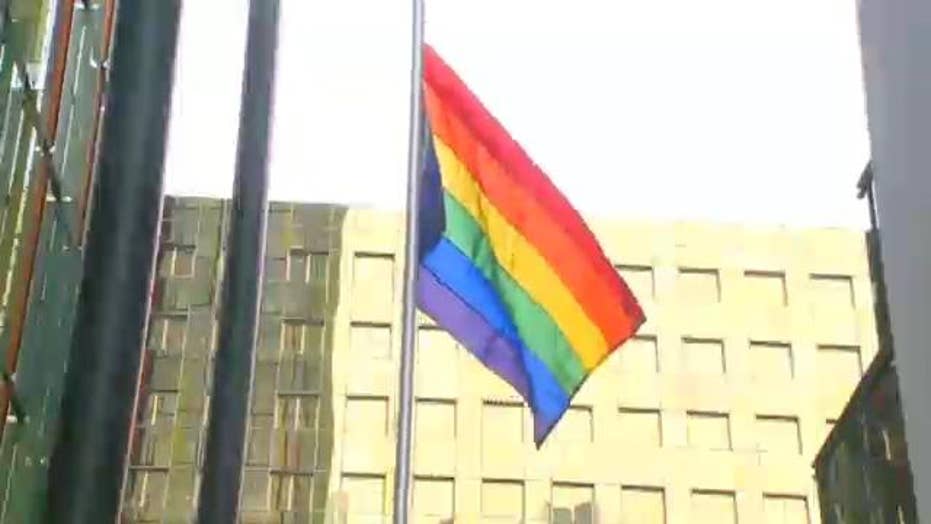 Gay rights advocates in Mississippi plan to file an appeal to the U.S. Supreme Court to challenge a broad religious freedom law.

Supporters of gay marriage in Mississippi are planning to file an appeal with the U.S. Supreme Court in a last-ditch bid to stop a sweeping religious freedom law from taking effect next week.

House Bill 1523, also known as the Protecting Freedom of Conscience from Government Discrimination Act, was passed and signed into law last year. Its implementation was delayed after court challenges, but the U.S. Court of Appeals for the 5th Circuit has refused to keep delaying the law.

The measure is considered one of the most far-reaching state laws of its kind, after same-sex marriage became legal more than two years ago.

The law would protect court clerks who use religious objections to recuse themselves from issuing marriage licenses to gay couples. It also would protect businesses who deny services to the LGBT community. Republican Gov. Phil Bryant says it aims protect those who fear being punished for their religious beliefs.

Religious beliefs and moral convictions protected by the act include the beliefs that marriage is defined as a union between a man and a woman, that sex should only take place in such a marriage, and that a person’s gender at birth cannot be changed.

“As I have said from the beginning, this law was democratically enacted and is perfectly constitutional,” Bryant said in a statement to Fox News. “The people of Mississippi have the right to ensure that all of our citizens are free to peacefully live and work without fear of being punished for their sincerely held religious beliefs.”

The Mississippi Center for Justice along with Lambda Legal, a national legal organization that advocates for the civil rights of the LGBT community, are now in the process of appealing the case to the U.S. Supreme Court.

The law will go in to effect on Oct. 10 unless the high court decides to intervene. The U.S. Court of Appeals for the 5th Circuit earlier declined to continue delaying the law because plaintiffs could not prove they were harmed, according to court documents.

Beth Orlansky, the advocacy director of the Mississippi Center for Justice, disagrees and believes the law violates the 1st and 14th amendments.

Lambda Legal is working on fighting similar challenges in at least two other states.

“Mississippi’s HB 1523 creates a toxic environment of fear and prejudice,” Susan Sommer, the director of constitutional litigation at Lambda Legal, said in a press release. “Along with other anti-LGBT laws across the country like those in North Carolina and Texas, these laws are a pack of wolves in sheep’s clothing, dressing up discrimination and calling it religious freedom.”

Twelve different plaintiffs are part of the Barber v. Bryant case. Rims Barber, an ordained minister at a local Presbyterian church, claims the measure is reminiscent of a time when state governments created laws that banned interracial marriage and forced segregation.