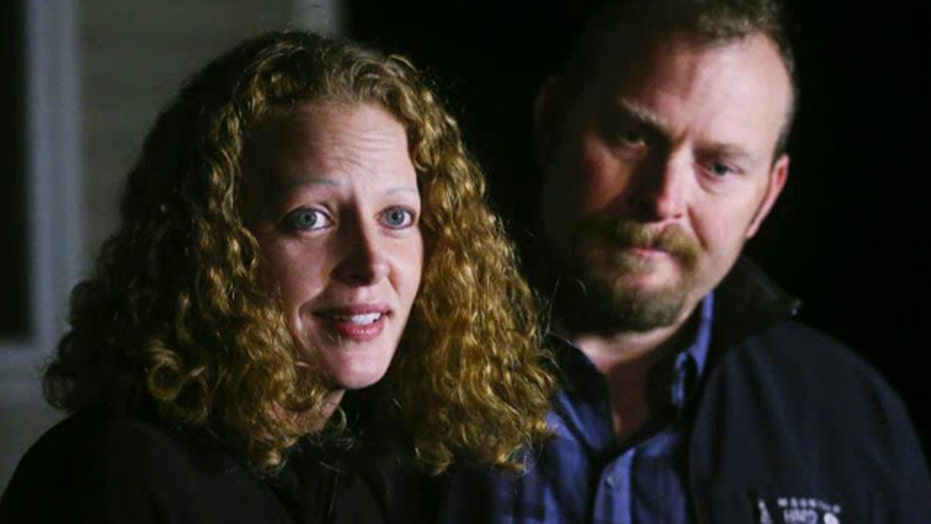 Maine Gov. Paul LePage, declaring negotiations have failed, vowed Thursday to use the "full extent of his authority" to deal with a nurse who is defying the state's "voluntary" quarantine after returning from treating West Africa Ebola patients.

LePage's office said in a written statement that negotiations have failed despite "repeated" efforts to work it out.

Just hours earlier, the governor had signaled there might be a resolution. Speaking with ABC News, he reportedly suggested he would drop his demand that nurse Kaci Hickox be quarantined if she would agree to a blood test. "This could be resolved today," the governor reportedly said. "She has been exposed and she's not cooperative, so force her to take a test. It's so simple."

The statement came as the nurse defied the quarantine by going for a bike ride with her boyfriend Thursday morning.

But LePage's written statement on Thursday afternoon said talks have failed, and he would use his full authorities to address the situation. The statement did not say what immediate steps the governor plans to take, claiming specifics "may not be discussed publicly due to the confidentially requirements in law."

It's unclear what the state government can do unless and until they get a court order, which they have been seeking.

Earlier Thursday, Hickox and her boyfriend stepped out of their home and rode away on mountain bikes. They were followed by state police cruiser -- though police cannot detain her without a court order signed by a judge.

There was no immediate comment from state health officials, who had been going to court in an effort to detain Hickox for the remainder of the 21-day incubation period for Ebola that ends on Nov. 10.

Hickox, accompanied by her boyfriend, Ted Wilbur, earlier met with the media late Wednesday in the driveway of her home in Fort Kent, and said she will not observe the quarantine directive. The nurse, who returned from Sierra Leone last week after working with Doctors Without Borders, said that she had made no progress in her attempts to negotiate an end to her quarantine with state officials.

Hickox attorney Norman Siegel said his client also would appeal on constitutional grounds if a judge grants a request to keep her in quarantine.

"I'm not willing to stand here and let my civil rights be violated when it's not science-based," Hickox said. She contends there's no need for her to be quarantined because she's showing no symptoms of Ebola.

The Portland Press Herald reported that Hickox appeared healthy and spoke calmly. At one point, she shook the hand of a British reporter who offered to do so after she stated that she did not have the virus and denied being contagious.

"You could hug me. You could shake my hand. I would not give you Ebola," Hickox told the man.

The Press Herald reported that Wilbur had checked with state police before Hickox emerged from the house to ensure that she would not be arrested before she spoke.

LePage, who instituted the 21-day quarantine order Monday, has canceled campaign events to keep tabs on the situation. He maintains that the state must be "vigilant" to protect others.

Maine law allows a judge to grant temporary custody of someone if health officials demonstrate "a clear and immediate public health threat." Generally, states have broad authority when it comes to such matters. But Maine health officials could have a tough time convincing a judge that Hickox poses a threat.

Earlier Wednesday, Hickox told NBC's "Today" that she doesn't "plan on sticking to the guidelines" and is "appalled" by the home quarantine policies "forced" on her.

Ebola, which is spread through direct contact with the bodily fluids of an infected person, has killed thousands of people in Africa, but only four people have been diagnosed with it in the United States. People can't be infected just by being near someone who's sick, and people aren't contagious unless they're sick, health officials say.

Guidelines from the federal Centers for Disease Control and Prevention recommend daily monitoring for health care workers like Hickox who have come into contact with Ebola patients. But some states like Maine are going above and beyond those guidelines.