Mad magazine got in on the action between President Trump and 2020 Democratic presidential candidate Pete Buttigieg on Saturday, after Trump compared his young political rival to a cartoon mascot from the venerable humor mag.

But Trump was far from finished with the young Dem. The president, who has repeatedly assigned unflattering nicknames to political foes, dug into Mad magazine history to find an apt one for the 37-year-old Buttigieg.

On Friday, in an interview with Politico, Trump declared that "Alfred E. Neuman cannot become president of the United States.”

Alfred E. Neuman has been the official cartoon face of Mad since 1956.

Neuman is the cartoon mascot and cover boy of the magazine, known for his red hair, the gap in his teeth and the catchphrase "What, me worry?"

But Mad dates back to the 1950s, and Buttigieg, the youngest candidate in the 2020 race, responded by saying he didn't really get Trump’s reference. (The character became a magazine icon under editor and publisher Al Feldstein, who was in charge of Mad from 1955-1984.)

“I’ll be honest, I had to Google that,” Buttigieg told Politico on Friday. “I guess it’s just a generational thing. I didn’t get the reference. It’s kind of funny, I guess.

"But he’s also the president of the United States and I’m surprised he’s not spending more time trying to salvage this China deal,” he said. That was a pointed reference to economic talks with Beijing that ended Friday without reaching a conclusive deal.

For its part, Mad couldn't resist adding its own voice to the political back-and-forth with a tweet about Buttigieg's lack of knowledge about Alfred E.: “Who’s Pete Buttigieg? Must be a generational thing.”

"I want a definitive portrait of this kid,” Feldstein recalled in a 2007 interview with AV/TV Club. “I don't want him to look like an idiot — I want him to be loveable and have an intelligence behind his eyes. But I want him to have this devil-may-care attitude, someone who can maintain a sense of humor while the world is collapsing around him."

As for Buttigieg, though he was the butt of a Trump joke that may have eluded him because of his age, he has consistently polled higher than other, better-known Democratic contenders, including Sen. Cory Booker, D-N.J., and former Texas congressman Beto O’Rourke, making him a promising pick for the 2020 elections and raising the specter of future references to Mad's gap-toothed mascot. 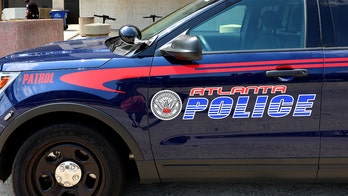