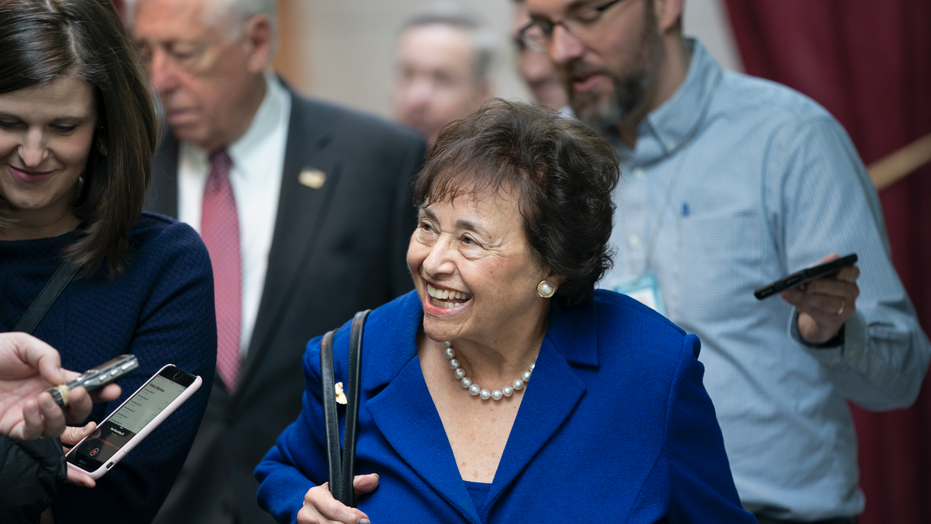 Rep. Nita Lowey, D-N.Y., a 16-term congresswoman and chairwoman of the House Appropriations Committee, announced Thursday that she will retire after the 2020 elections.

Lowey, who represents New York's 17th Congressional District, located in the southeastern part of the state – including Westchester, Queens and the Bronx – touted the record she built over her 31-year career and promised to continue representing her constituents through 2020.

"Thank you to the people of my district for the opportunity to serve," she said in a statement. "I will continue working as hard as ever – with the same optimism and energy – through the end of this term in Congress."

Lowey became the first-ever woman to chair the House Appropriations Committee and has championed legislation on drunk driving, gender equality and support for Israel.

"I am especially thankful for the dedication and wisdom of my current and former staff in New York, in Washington and on the House Appropriations Committee," she wrote. "I look forward to more time with my husband Steve and our family, who have strongly supported my career in public service."

Lowey's retirement comes as the number of House GOP members not running for reelection has mounted, especially in Texas, where Rep. Mac Thornberry, R-Texas, recently became the sixth Republican to decide not to seek another term. He is the 19th House Republican leaving Congress, including two members who resigned.

Lowey's district won't be in any danger of turning red as it's located in a Democratic stronghold and she won her most recent reelection 88 percent to 12 percent. There's previously been chatter that Chelsea Clinton, daughter of Bill and Hillary Clinton, might be interested in the seat.

Chelsea Clinton in April 2017. News stories in the past have speculated Clinton could run for the New York 17th District's congressional seat after longtime Rep. Nita Lowey, D-N.Y., retires. (Reuters)

Those news reports have speculated the youngest Clinton might run for the 17th District seat after Lowey's retirement, and the Clinton's hometown is Chappaqua, which is currently represented by Lowey. Clinton has been an outspoken critic of President Trump since her mother lost to him in the 2016 election and would likely have the highest name recognition of any Democratic candidate for the seat were she to run.