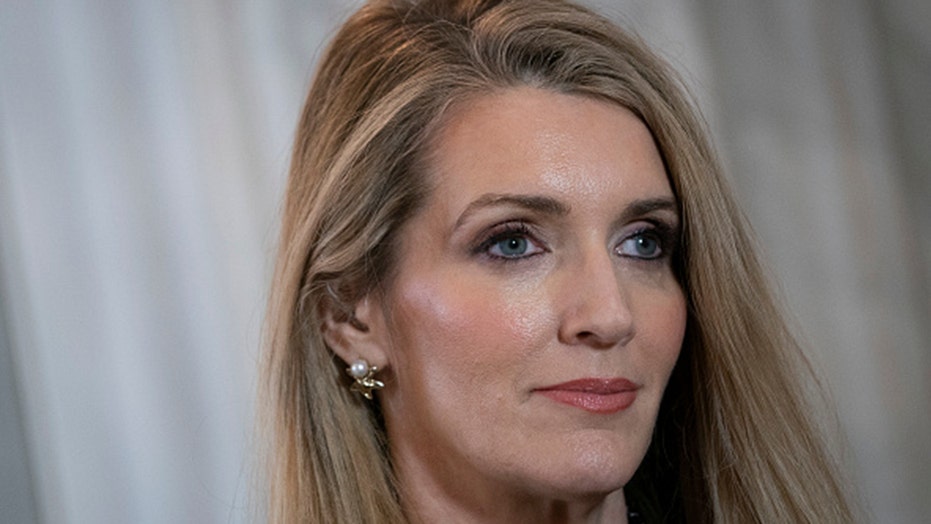 Sen. Kelly Loeffler, R-Ga., is introducing a bill Monday that would withhold federal highway funding from states and local governments that reduce funding to law enforcement without a clear budgetary need amid the "defund the police" push from some Democrats, Fox News is told.

“We’re seeing the radical idea of defunding the police play out in real-time in places like Minneapolis, Minnesota and Seattle, Washington, and it is frightening,” Loeffler said in a statement.

The “Protecting Public Safety and Supporting Law Enforcement” Act would require the U.S. Secretary of Transportation to withhold five percent of certain highway safety funds from any state that elects to reduce funding to law enforcement. It also stipulates that if a local government elects to otherwise reduce funding to law enforcement, states will withhold these funds from the locality.

“This reckless and dangerous defund effort will jeopardize public safety, create chaos and increase crime," Loeffler said. "While we must address police misconduct, we need to work on solutions that are commonsense reforms and that respect police officers who work tirelessly to maintain order, keep families safe and protect their communities. This legislation provides additional safeguards for police funding to ensure our law enforcement officers continue to have the resources they need to keep all Americans safe."

The effort comes as Loeffler is facing a competitive challenge from GOP Rep. Doug Collins in a special election for her seat this year. Loeffler was appointed last year to succeed Sen. Johnny Isakson, who left the Senate due to health issues.

Cities like New York and Los Angeles have already moved to reduce their law enforcement budgets after protests and unrest following the death of George Floyd. Meanwhile millions, including civic leaders, have adopted a call led by the Black Lives Matter movement to “defund the police.”

Minneapolis City Council has pushed forward with a move to “dismantle” the Minneapolis Police Department.

Meanwhile, Democrats have squabbled over what “Defund The Police” actually means.

“'Defund' means that Black & Brown communities are asking for the same budget priorities that White communities have already created for themselves: schooling > police,etc. People asked in other ways, but were always told 'No, how do you pay for it?' So they found the line item," the liberal Democrat tweeted.

“And by the way, the fact that ppl are scrambling to repackage this whole conversation to make it palatable for largely affluent, white suburban 'swing' voters again points to how much more electoral & structural power these communities have relative to others,” she said.

Even D.C.’s liberal Mayor Muriel Bowser has been called out by Black Lives Matter DC for refusing to heed calls to reduce police funding.

Bowser said on CNN last week that “a lot of people have different meanings for what they mean when they say ‘Defund the Police.’”

“And as I’ve listened and read, I think most people are saying they want reform,” she added.

“We support our metropolitan police department. We know they do a wonderful job protecting D.C. streets,” Bowser said when asked at a press conference if she believed the police department needed to be shut down. “We work hard every day to make sure we have the type of police and community relationships that will allow us to have safe neighborhoods.”

BLMDC tweeted that Bowser “has consistently been on the wrong side of BLMDC history.”

“I think it can be used as a distraction and that’s my concern,” Rep. Karen Bass, chairwoman of the Congressional Black Caucus, said Monday, according to Politico. “I think the intent behind it is something that I support — the idea that communities need investments.”

Democratic leaders, meanwhile, on Monday unveiled the “Justice in Policing Act” that would enact a number of reforms, including curbing immunity, create a “National Police Misconduct Registry” and make changes to police training. But it makes no moves to defund police departments or other law enforcement agencies.

Fox News learned that House Democratic leaders warned rank-and-file members on a Monday conference call about being sucked into a debate about defunding the police.