Rep. Alexandria Ocasio-Cortez, D-N.Y., on Tuesday warned about Democrats and others trying to “repackage” the push to “Defund the Police” to make it more “palatable” to affluent swing voters, amid an ongoing debate on what the left-wing rallying cry actually means.

“'Defund' means that Black & Brown communities are asking for the same budget priorities that White communities have already created for themselves: schooling > police,etc. People asked in other ways, but were always told 'No, how do you pay for it?' So they found the line item," the liberal Democrat tweeted.

"Our job as policymakers is to take the public’s mandate and find + create pockets to advance as much progress as possible," she said.

“And by the way, the fact that ppl are scrambling to repackage this whole conversation to make it palatable for largely affluent, white suburban 'swing' voters again points to how much more electoral & structural power these communities have relative to others,” she said.

The call to abolish or defund the police has ramped up in the days since the May 25 death of George Floyd in police custody in Minneapolis. Since then, the Minneapolis City Council is pushing forward with a plan to “dismantle” the Minneapolis Police Department.

“We don’t want no more police,” the protest leader, wearing a “Defund the Police” T-shirt and mask, said.

In New York City, Mayor Bill de Blasio said he plans to shift resources from the NYPD to social services and other such programs, although the details remain unclear.

But while activists have been pushing more radical plans to scrap the cops, other Democrats have been pushing back -- apparently fearing the electoral consequences of a move to essentially end or gut formal law enforcement in cities that have recently been dogged by mass rioting, looting and other crimes.

D.C. Mayor Muriel Bowser said on CNN Monday night that “a lot of people have different meanings for what they mean when they say ‘Defund the Police.’”

“And as I’ve listened and read, I think most people are saying they want reform,” she said.

“I think it can be used as a distraction and that’s my concern,” Rep. Karen Bass, chairwoman of the Congressional Black Caucus, said Monday, according to Politico. “I think the intent behind it is something that I support — the idea that communities need investments.”

Democratic leaders, meanwhile, on Monday unveiled the “Justice in Policing Act” that would enact a number of reforms, including curbing immunity, create a “National Police Misconduct Registry” and make changes to police training. But it makes no moves to defund police departments or other law enforcement agencies.

Fox News learned that House Democratic leaders warned rank-and-file members on a Monday conference call about being sucked into a debate about defunding the police.

Democrats picked up seats in the suburbs in the 2018 midterm elections, and while recent protests could help Democrats up and down the ticket, calls to “defund the police” could be a bridge too far for moderate voters. 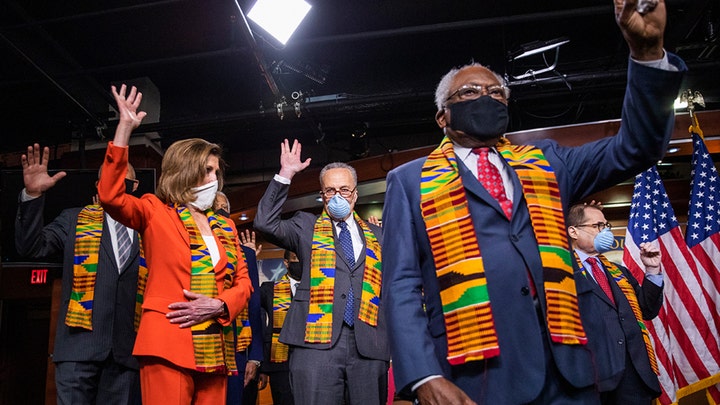 Republican groups are already ramping up attacks, asking if moderate and vulnerable Democrats agree with those calls.

President Trump encapsulated the GOP pushback when he tweeted: “LAW & ORDER, NOT DEFUND AND ABOLISH THE POLICE. The radical Left Democrats have gone Crazy!”

Senate Majority Leader Mitch McConnell, meanwhile, mocked calls by activists to pull funding from police and give it instead to social programs and mental health resources. 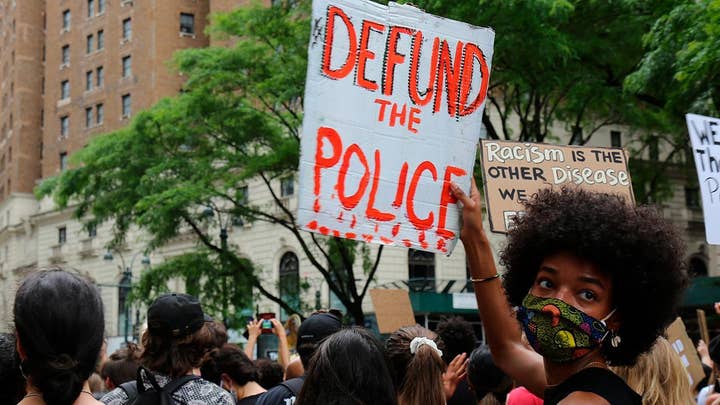 “I’m all for social workers and mental health but, call me old-fashioned, I think you may actually want a police officer to stop a criminal and arrest him before we try to work through his feelings,” he said on the Senate floor.

But, as Republicans ramp up their attacks, and Democrats appear nervy about backing the push, AOC warned colleagues in the call Monday not to “dismiss or mock” the calls to defund the police.

“It is not crazy for black and brown communities to want what white people have already given themselves and that is funding your schools more than you fund criminalizing your own kids,” Ocasio-Cortez said, according to Politico. 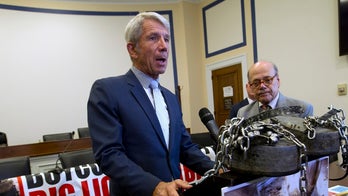 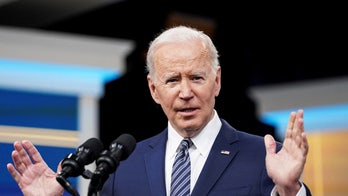