The narrative that President Trump colluded with Russia "died" with the Mueller report's release, but the case alleging corruption in the origins of the probe is growing.

That's the claim from Sen. Lindsey Graham, R-S.C., who said Tuesday on "Hannity" that the special investigator John Durham will find out whether the latter is true.

"Durham is going to look at all things criminal. He's on the case. The collusion narrative has died with the Mueller report. The corruption narrative is growing by every day," Graham said.

Durham, a Connecticut federal prosecutor, was assigned by Attorney General William Barr in April to look into the origins of the Russia investigation. 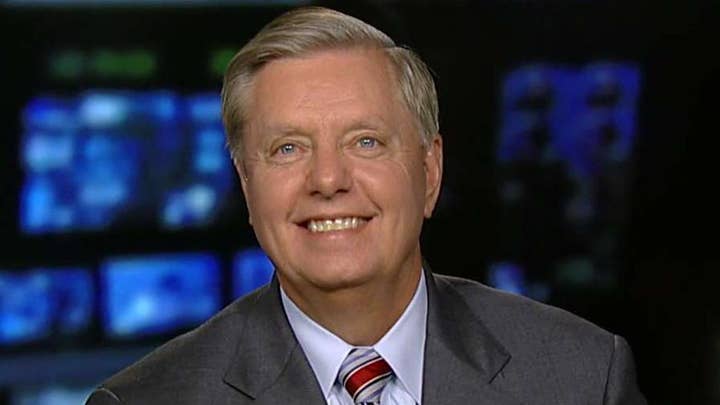 "Horowitz will be coming out soon, I hope, with his internal review of the FISA warrant application, and whether or not the court was defrauded by the Department of Justice and the FBI.

Graham added it will be entertaining to watch President Trump and former Vice President Joe Biden spar as the 2020 election season heats up.

"It's going to be fun," the South Carolina lawmaker said, responding to a clip of Trump riffing on the former Delaware senator.