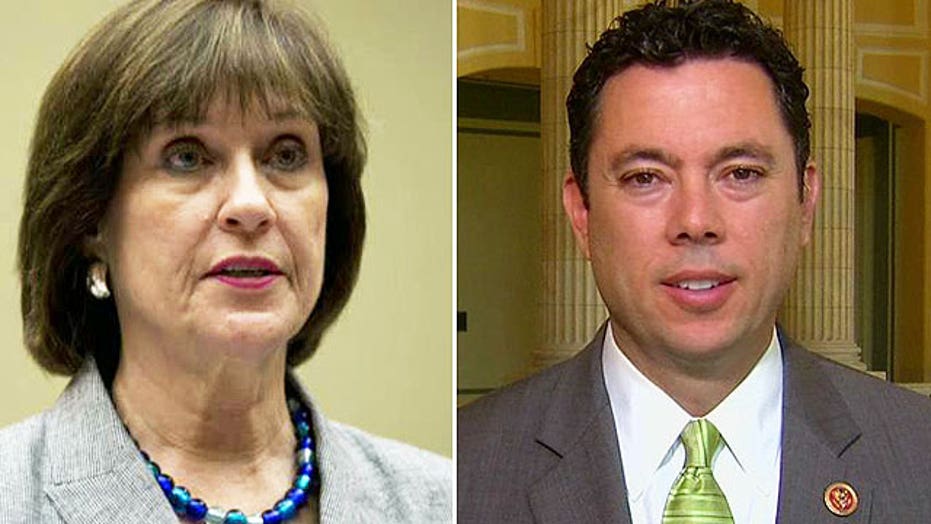 Republican lawmakers charged Tuesday that the IRS knew for months they had "lost" a massive trove of emails from embattled ex-IRS official Lois Lerner, but kept it "secret" until this past Friday.

The lawmakers noted that during this period, newly appointed Commissioner John Koskinen nevertheless assured Congress the agency would produce the documents, which are considered critical to their efforts to probe the targeting of Tea Party and other groups. Further, lawmakers said records from six other IRS workers appear to have gone missing as well.

"It looks like the American people were lied to and the IRS tried to cover-up the fact it conveniently lost key documents in this investigation," House Ways and Means Committee Chairman Dave Camp, R-Mich., and Rep. Charles Boustany, R-La., said in a statement.

Republicans on the committee said the agency knew as early as February that emails were missing.

Yet the IRS only revealed last Friday that it had lost an untold number of emails when Lerner's computer crashed in 2011. Lerner used to head the division that handles applications for tax-exempt status.

The missing emails are mainly messages to and from people outside the IRS, including the White House and other major offices and departments.

But Republicans remain dubious about the agency's claims that the rest simply disappeared.

Camp and Boustany said Tuesday that the problem goes beyond Lerner, revealing the IRS "cannot produce records from six other IRS employees involved in the targeting of conservative groups."

Among those figures is former chief of staff to the commissioner Nikole Flax.

Boustany and Camp said in a statement: "The timeframe for which Ms. Flax's communications are purportedly unrecoverable covers when the Washington, DC office wrote and directed the Cincinnati field office to send abusive questionnaires, including inappropriate demands for donor information, to conservative groups."

The lawmakers also pointed out that Koskinen assured them in May that the IRS would produce Lerner's emails.

He made a similar statement in March during congressional testimony, saying: "If you want them all, we'll give them all to you."

Allegations that the IRS knew for months that emails were missing will likely raise more questions about Koskinen's statements. The House Oversight and Government Reform Committee already has subpoenaed the commissioner to testify over the missing documents.

"I will not tolerate your continued obstruction and game-playing in response to the Committee's investigation of the IRS targeting," Rep. Darrell Issa, R-Calif., said in a letter accompanying the subpoena.

Senate Republican Leader Mitch McConnell noted Tuesday that Congress sought these emails "over a year ago."

"And they're suddenly telling us now?" he complained.

The IRS has not responded to a request for comment from FoxNews.com.

Earnest said speculation questioning whether the emails were actually lost "is indicative of the kinds of conspiracies that are propagated around this story."