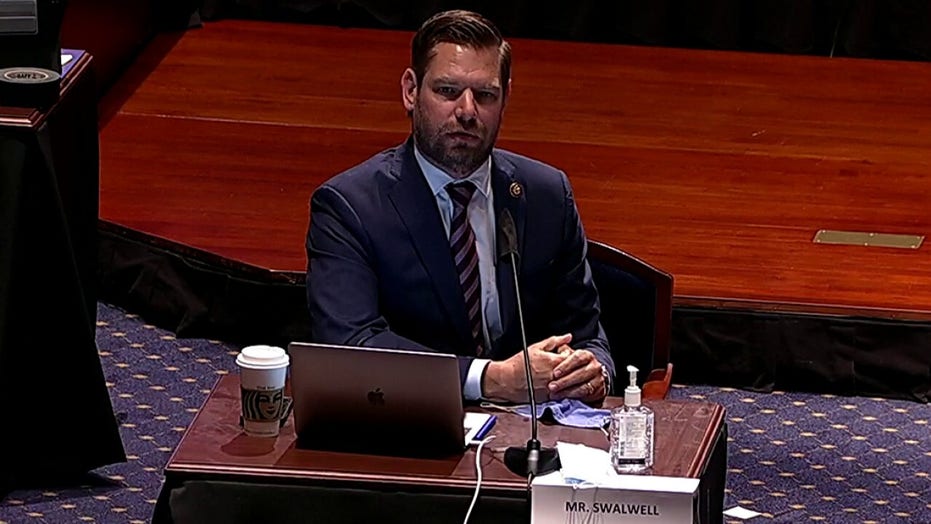 A House Judiciary Committee markup session dealing with Democrats' Justice in Policing Act reform bill erupted into bickering when Rep. Eric Swalwell, D-Calif., called on his colleagues on the other side of the aisle to say, “Black lives matter.”

Swalwell had just been discussing how in the past he did not see the necessity of the phrase because he believed that all lives matter, but that discussions with black friends led him to have a greater appreciation for their experiences. The phrase, and the organization bearing the same name, have gained renewed attention in the wake of George Floyd's death in police custody -- which spurred the police reform legislation being considered Wednesday.

“And so I would yield to any of my colleagues on the Republican side who can unequivocally say – as we calibrate where we are right now – that black lives matter,” Swalwell said.

This prompted Rep. Matt Gaetz, R-Fla., to speak up.

“Unequivocally all lives matter,” Gaetz responded. “Why is that a problem to acknowledge?”

Swalwell then accused Republicans of using a straw man argument to ignore “the uncomfortable conversation that we need to have about race.”