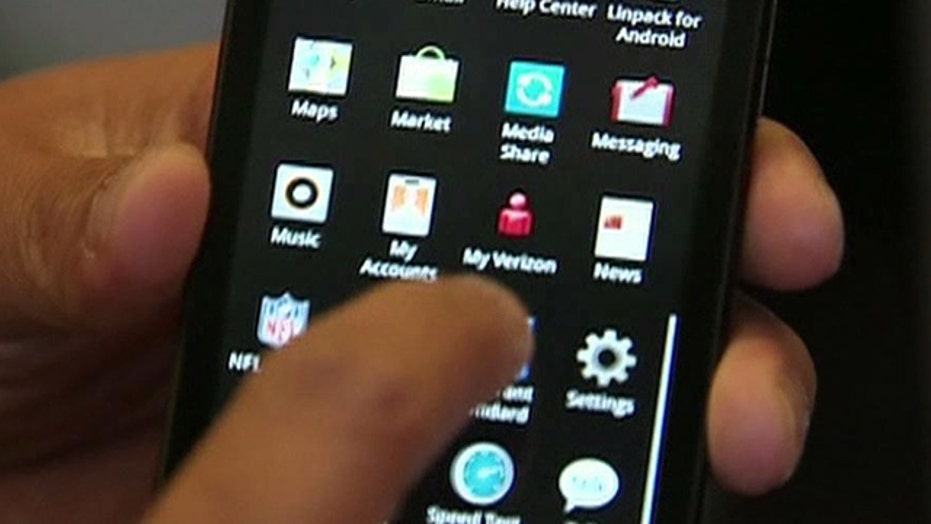 That’s the message Rep. Tim Griffin of Arkansas wants to send Congress, after he says a controversial government-backed program that helps provide phones to low-income Americans ended up sending mobiles to the dead relatives of his constituents. Griffin has introduced a bill that targets the phone hand-out program, which has ballooned into a fiscal headache for the government.

“This program demands reform,” Griffin told FoxNews.com on Monday. “There is a lot of waste in it and we need to be asking ourselves, ‘Where do we draw the line? Do we give everybody an iPad next? A computer? Is that the role the federal government should be playing?’”

Griffin said the story of dead relatives receiving cell phones was relayed to him by constituents. He added: “I’ve also gotten calls from people who say their employees were bragging about having 10 phones.”

The program in question provides limited phone service to people on government assistance. Ideally, Griffin says he would like to get rid of the program created in the mid-80s altogether, but he knows he lacks the support to kill it -- and instead is asking Congress to scale it back. Griffin’s plan would get rid of the cell phones and provide only landline service and phones.

Started in 1985, the Lifeline program was created to make sure people with low income levels weren’t cut off from emergency services, job searches or communication with family members. The program is funded by charges that appear on the monthly bills of every wireless and landline phone customer in the country. The money goes into a Universal Service Fund that pulls its revenues from fees that show up on most telephone bills as the “federal universal service charge.” The fees range but can go up to $3.22 a month.

“This program is completely ridiculous and it speaks to the point that we are careless with taxpayer dollars,” Griffin said.

Though the program has spanned multiple administrations, some conservatives have recently nicknamed it the "Obamaphone" after a viral video in 2012 showed an Obama supporter touting the mobiles.

The free phone program is open to those who meet federal poverty guidelines, or are on food stamps, Medicaid or other federal assistance programs. Under the rules, only one Lifeline subscriber is allowed per household. However, a recent audit of the program by the Federal Communications Commission revealed that 41 percent of the nearly 6 million subscribers did not meet the requirements.

The FCC defended the program to FoxNews.com and says it has helped tens of millions of low-income Americans afford basic phone options. But even they admit the program has holes. Last year the agency tightened the rules for the program and required carriers to verify existing members were eligible. The agency estimated that 15 percent of its users would be weeded out under the new process. The FCC also said its new rules have eliminated more than 1.1 million duplicate subscriptions and saved $214 million in 2012.

On Feb. 13, the FCC Enforcement Bureau issued citations to 11 people with multiple Lifeline accounts. It was the first time the FCC has taken action against individual subscribers for violating the “one per household” rule.

And on Feb. 26, the commission announced that two wireless Lifeline providers agreed to payments totaling more than $1 million to end an investigation into whether the companies violated program rules in Oklahoma.

But for some like Griffin, it doesn’t matter. He sees the program as a handout and one that should not be footed by taxpayers.

“I understand the FCC is trying to rein the abuse and my first question is, ‘What took you so long?'" he said. “I hear people saying we need this and we need that as a society but is it really fair for the government – i.e. the taxpayers – to provide people with cell phones? I don’t think so.”