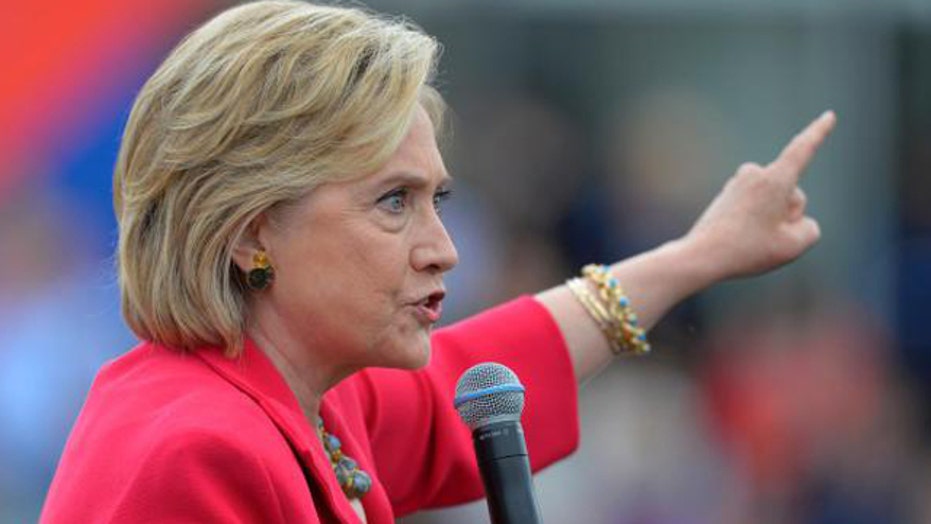 The latest cache of emails from Hillary Clinton's server to be released by the State Department include 57 threads that contain what the State Department describes as "foreign government information", making it automatically classified at the time it was sent, according to a published report.

Reuters first reported last month that at least 30 e-mail threads from Clinton's tenure as secretary of state contain such information, defined by State Department regulations as having been provided orally or in writing to U.S. officials by their foreign counterparts in confidence. The regulations say that such information must be "presumed" classified, whether or not it is actually marked that way.

A former director of the U.S. government's Information Security Oversight Office described such information to Reuters as "born classified."

The FBI is currently investigating whether sensitive national security information was compromised when it passed through a private email server Clinton used to store her correspondence while secretary of state. Clinton has repeatedly denied any wrongdoing in connection with the server, including sending or receiving classified information.

On Monday, the State Department released an additional 7,121 pages of Clinton's emails, in accordance with a federal judge's orders. Reuters reports that in all 87 threads identified as containing "foreign government information," certain passages are redacted with the classification code "1.4(B)". According to presidential executive orders, such information is "presumed" to harm national security if it is improperly disclosed.

The threads containing such information in the latest email dump include correspondence between Clinton and George Mitchell, the former Senator-turned-peace envoy. In one 2010 exchange, Clinton asks Mitchell to respond to her messages using her personal "clintonemail.com" account, set up on a private, unsecure server in her New York home. In his replies, Mitchell included his notes on a conversation with Spain's foreign minister, who had briefed Mitchell on discussions with Palestinian leaders. The Spanish minister's thoughts were duly redacted by the State Department.

Another message, from Clinton aide Jake Sullivan, describes "highlights" of a conversation with Israeli Prime Minister Benjamin Netanyahu. The "highlights" themselves, again, are redacted.

In all, the department said Monday that 125 of Clinton's messages contained classified information. Approximately 8,000 messages have been released, 25 percent of the total number Clinton turned over to the State Department earlier this year. Approximately 31,000 more messages were deleted from Clinton's server due to what she called their "personal" nature. The State Department has been ordered to work with the FBI to recover the deleted emails and investigators are confident they can retrieve at least some of them.