The nation's oldest and largest advocacy group for Syrian Americans said Friday that it applauded President Donald Trump’s decision to take military action in Syria and enforce international law prohibiting the use of chemical weapons.

“We send our sincere thanks to the administration for holding [Syrian leader Bashar] Assad accountable for Sunday’s chemical attack in Douma, and the crimes against humanity over the past seven years of the Syrian war,” the Washington-based Syrian American Council (SAC) said in a statement.

The SAC said it sees Trump's action as a “genuine opportunity” to end Syria's war, a conflict in which the Assad regime has employed chemical weapons, barrel bombs and cluster munitions used “to target and kill civilians.”

“We urge President Trump and the coalition to sustain the strikes and to ground Assad’s air force, creating a No-Fly Zone and thereby disabling the Assad regime’s ability to commit further war crimes and mass atrocities,” the council said.

“We urge President Trump and the coalition to sustain the strikes and to ground Assad’s air force, creating a No-Fly Zone and thereby disabling the Assad regime’s ability to commit further war crimes and mass atrocities.”

The council said it remains “optimistic” that the Trump administration will work with the Syrian people to “remove Assad, put an end to the slaughter, and bring about peace, freedom, and democracy in Syria.”

The SAC’s mission is to empower the Syrian-American community to organize and advocate for a “free, democratic, secular and pluralistic Syria through American support,” according to its website.

The organization said that all means to politically and peacefully implement United Nations solutions have been tried to no avail, adding that Syria's allies in Russia and Iran continue to destroy de-escalation zones. 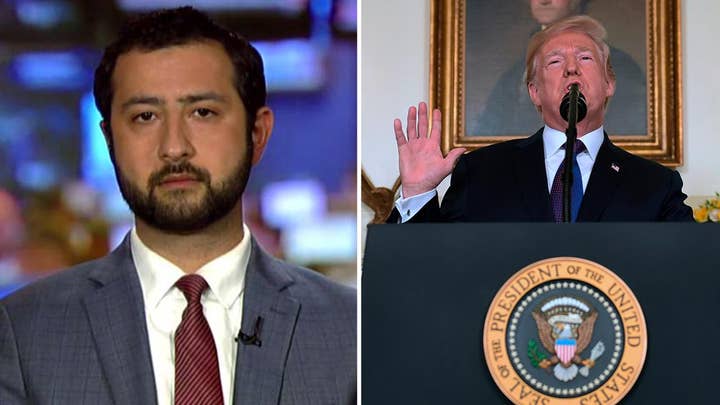 According to a fact sheet on SAC’s website, around 40 percent of Syria’s pre-war population of 22 million people are refugees, which equates to almost 10 million people.

The SAC also urged providing assistance to opposition forces to “empower them to collaborate with the United States and other international governments to fight terrorism and terrorist factions in Syria.”

But Syrian-Americans are not unanimous in support of Trump's Friday action. A separate group called the Syrian American Forum (SAF) says it opposes the U.S.-led intervention.

Ghias Moussa, head of the group's New York and New Jersey chapters, told USA Today that the Trump administration should not push for regime change in Syria.

“We don’t think that killing more innocent people in Syria by bombing them will rectify what has happened, whether it was done by the Assad regime or not,” Moussa told the newspaper.

“Americans should not change regimes around the world to get somebody we like and fight people we don’t like.”

Meanwhile, U.N. Secretary-General Antonio Guterres released a statement Friday commenting on the reports of air strikes in Syria by the U.S. France, and Britain.

He also urged U.N. member states "to show restraint in these dangerous circumstances and to avoid any acts that could escalate the situation and worsen the suffering of the Syrian people.”