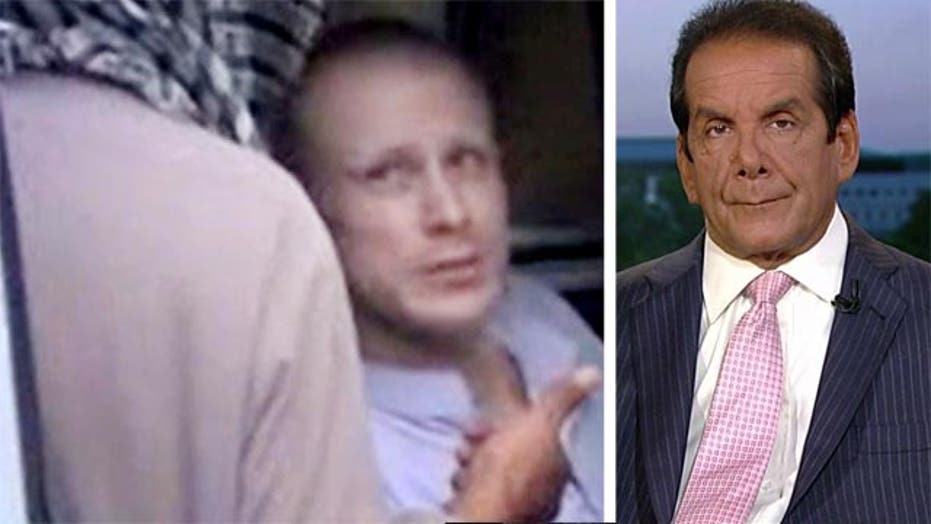 Krauthammer on the release of Bergdahl

Charles Krauthammer said he would have “made the same choice

Charles Krauthammer said Wednesday on “Special Report with Bret Baier” he would have made the same "difficult decision" to exchange Taliban Guantanamo detainees for Sgt. Bowe Bergdahl, noting that Western nations often have to agree to lopsided deals when negotiating with "barbarians."

Bergdahl was freed after five years in Taliban captivity in exchange for five Gitmo prisoners. The Obama administration has since faced heavy criticism from Congress for negotiating the release of this so-called "Taliban Dream Team" and for proceeding with the prisoner swap without telling lawmakers in advance.

However Krauthammer, a syndicated columnist and a Fox News contributor, said he would have made the same trade.

“It's a difficult decision and I would not attack those who would have done otherwise,” said Krauthammer.

Krauthammer said that by doing so, the Obama administration has to realize the country will be exposed to “dangerous militants,” but it’s a concession the West has been forced to make before.

He said one example is Israel, which released over 1,000 Palestinian prisoners to free one of their soldiers.

“The reason is that we put a value on individual human life the way that the barbarians on the other end of the table don’t,” he said. “And that’s why we always end up with unequal swaps.”