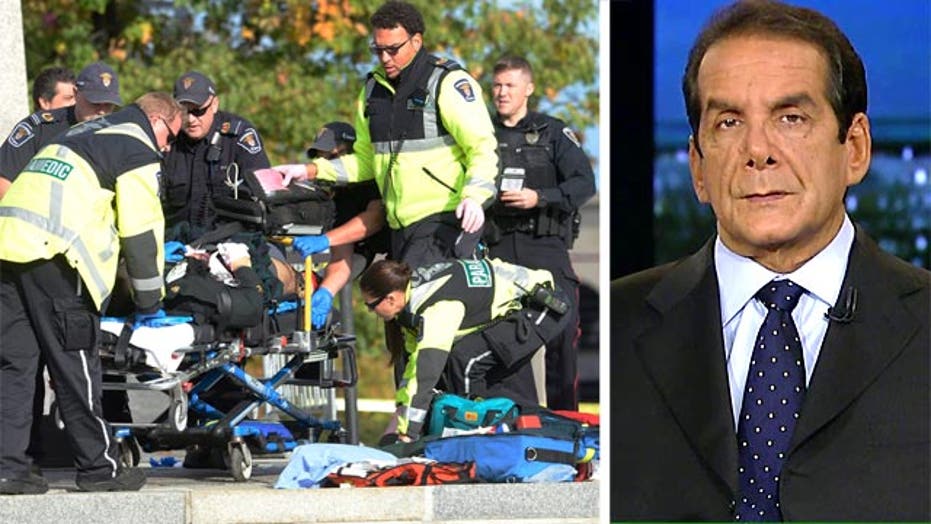 Charles Krauthammer said on Wednesday's "Special Report with Bret Baier" that the shooting at the Canadian Parliament building in Ottawa, which was carried out by a man who reportedly had converted to Islam, seems to indicate that "the appeal of ISIS is such that it can now spark these attacks."

The gunman killed a Canadian soldier before being shot dead. U.S. agencies have been advised that the shooter, 32-year-old Michael Zehaf-Bibeau, was believed to be a Canadian convert to Islam. The incident came just two days after two Canadian soldiers were run over -- and one of them killed -- in Quebec by a man with jihadist sympathies.

Krauthammer, a syndicated columnist and a Fox News contributor, said that the "tremendous ideological appeal" of the Islamic State terror group, also known as ISIS or ISIL, could be inspiring jihadists already in Western countries to carry out attacks on their own.

"So whether these two guys were connected, I'm not even sure how much it matters, but it looks as if the appeal of ISIS is such that it can now spark these attacks," he said.

Krauthammer said it is troubling that although these attacks are small in scale when compared to 9/11, they can occur without any effort on the part of the terror group.

"(They) spark these attacks around the world without lifting a finger, without organizing, without doing for example what Al Qaeda in Yemen does - to organize, create a bomb, send somebody on a plane and that's the new face of terror," he said.