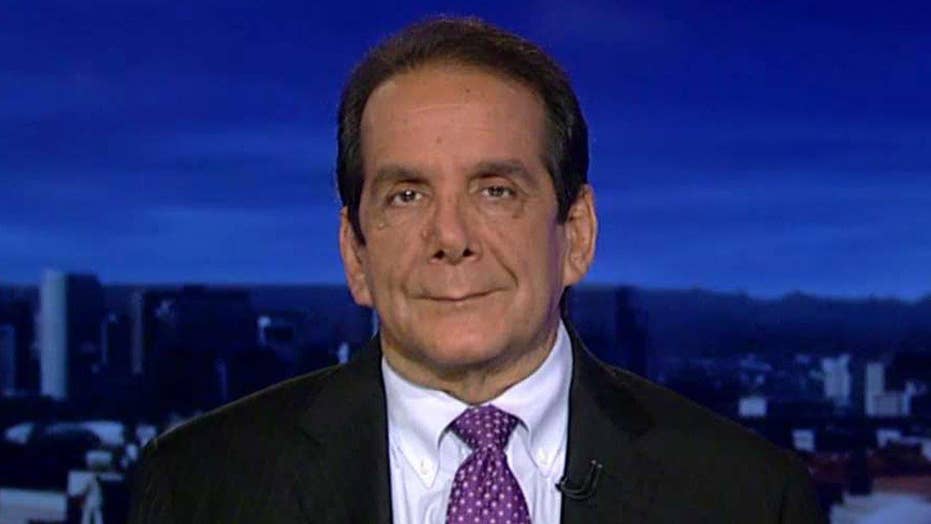 Krauthammer reacted to Trump tweeting about strengthening our Nuclear arsenal

Syndicated columnist Charles Krauthammer told viewers Thursday on “Special Report with Bret Baier” that when Trump Tweeted that the U.S. needed to bolster its Nuclear weapons arsenal he was saying "we are not going to adhere to all the beliefs and myths of the last 50 years."

"Russians have been obsessed with missile defense systems since Reagan invented the idea in 1981,” said Krauthammer. “Because they know that we are technologically advanced and they're only a super power because they have nukes.”

Krauthammer pointed out that the way Trump delivered the message was "a little bit puzzling because he's not talking about strengthening our defenses.”

“What he's saying to the world and our own foreign policy establishment is we are not going to adhere to all the beliefs and myths of the last 50 years which is more nukes are bad, less nukes are good, that is not always true,” said Krauthammer. “And we are not going to be perusing nuclear reduction agreements with the Russians in the hungry way that Obama did and then end up with little and perhaps making us worse off.”