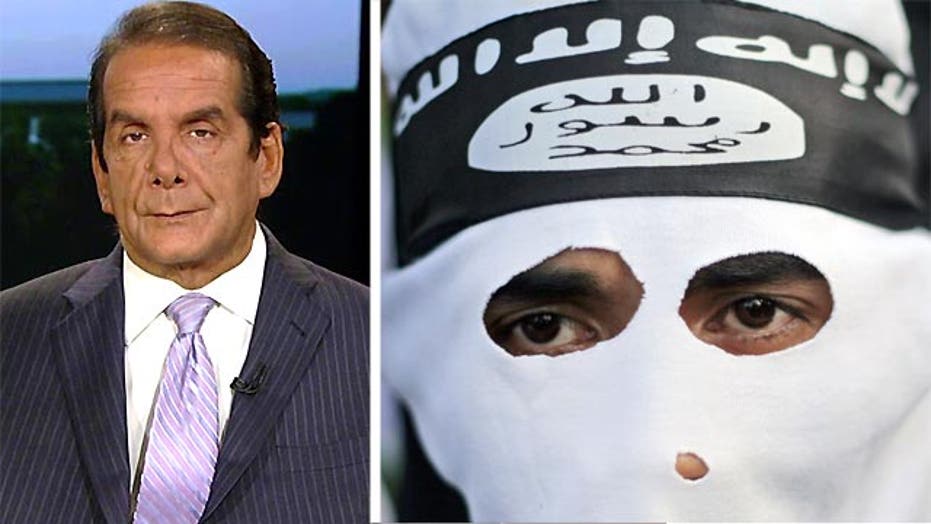 Charles Krauthammer said Monday on "Special Report with Bret Baier" it is not yet clear whether President Obama is serious about confronting the threat from the Islamic State terrorists or if he just wants to "appear" to be doing something, but "everything he's doing now indicates it's the latter."

Krauthammer, a syndicated columnist and a Fox News contributor, said it's possible that Obama is serious about completely destroying the militant group, but he is not optimistic.

"When Obama made the announcement that we were joining this war, this campaign and we would take it into Syria, the question was is he serious?" Krauthammer said. "Does he really want to do something here, truly degrade and destroy ISIS or does he simply want to appear to be doing something?  That is not decided yet. It's not clear.  But everything he's doing now indicates it's the latter."

Krauthammer said he is also concerned that history will repeat itself in the Obama White House. He noted that former Defense Secretary Leon Panetta has claimed political advisers in the While House encouraged Obama to withdraw troops from Iraq in 2011 against the advice of foreign policy advisers.

"...It was the political advisers in the White House who said get out of Iraq with an election year coming up and the military and the foreign policy advisors said you have to leave a residual force," Krauthammer said. "And I worry  that it's the political operatives in the White House that are prevailing against the military advice again and it will lead to disaster."