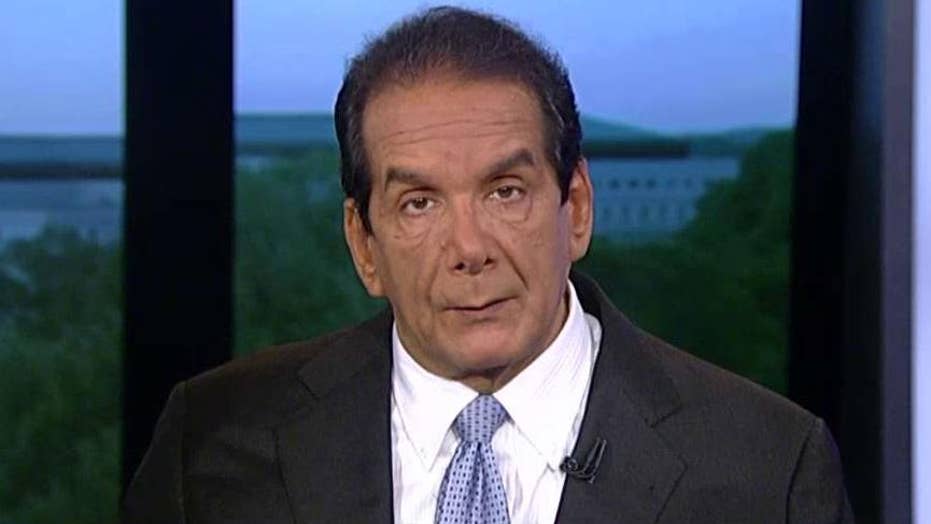 Syndicated columnist Charles Krauthammer said that following the announcement the National Rifle Association with back Donald Trump in the presidential race, the issue of guns in the general election will likely be a winning one for Trump

Syndicated columnist Charles Krauthammer told viewers Friday on “Special Report with Bret Baier” that following the National Rifle Association’s endorsement of Donald Trump, the issue of gun control in the general election will likely be a winning one for the New York businessman– and a net loss for likely opponent Hillary Clinton.

“It’s true there have been some changes in public opinion as a result of the horrific gun massacres that have occurred, but if you heard Donald Trump speaking about it, and then you heard… Hillary Clinton, which argument is easier to make? ‘Save the Second Amendment’, or that meandering, somewhat nuanced, you might say if you were generous, 'argument' that she made?” Krauthammer asked.

“[Her argument] is a rather tepid one. I’m not against it, I’m not for it. His is strong,” Krauthammer said, adding, “The Trump argument is a lot easier to make, and I think in the end, it’s much more of a winner… It’s easier to see and understand.”