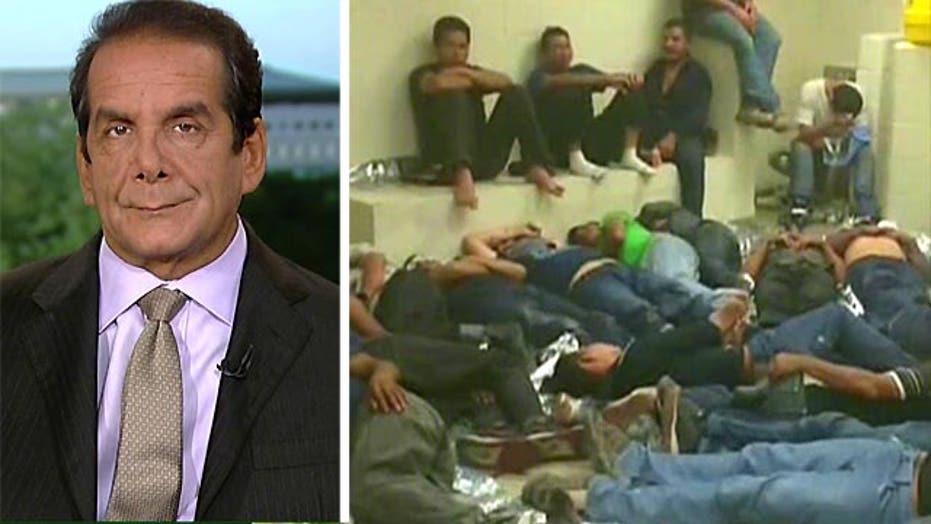 Charles Krauthammer said Wednesday on "Special Report with Bret Baier" that it is "absurd" that the Obama administration is claiming it cannot inform governors when illegal immigrants are moved into their states due to privacy concerns.

Governors such as Mary Fallin of Oklahoma have slammed the Obama administration for not giving them prior notice that some of the tens of thousands of migrants flooding across the border are being housed in their states. On Wednesday, White House Press Secretary Josh Earnest said this was because the administration was abiding by privacy rights for the individuals who were being transported.

"This is a crock," he said. "Privacy?  If you tell a governor that a certain number of illegal alien children are coming to a certain facility, there is no issue of privacy involved. He's not naming names. He's not putting a photograph on the Internet."

Krauthammer said he believes the real reason governors are not being informed is the administration is trying to cover up the crisis.

"This is clearly an attempt by the administration to handle a problem by concealing it from the people who most have to know, meaning the governors, the mayors and the American people," he said.