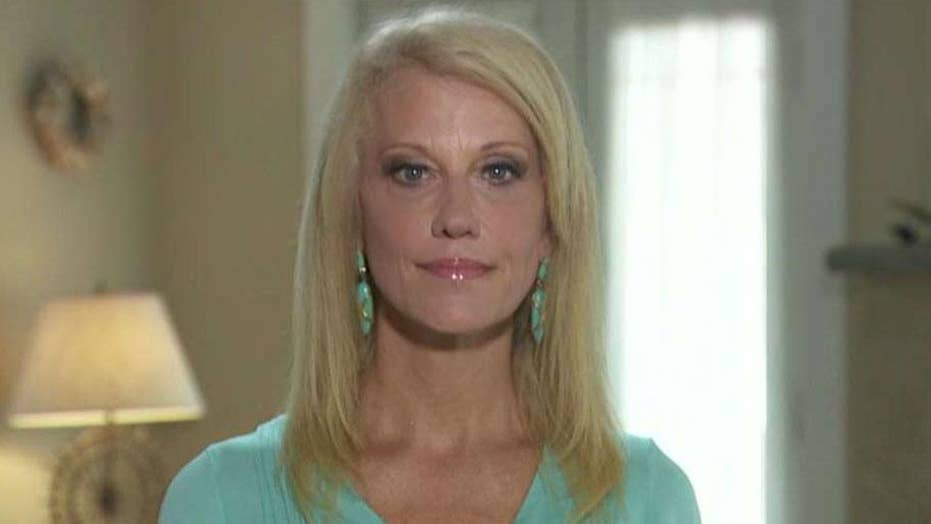 Counselor to President Trump Kellyanne Conway speaks out on the death of Jeffrey Epstein, gun background check legislation after the mass shootings in Dayton and El Paso, denuclearizing North Korea and taking on Joe Biden.

Counselor to the president Kellyanne Conway said Sunday that while President Trump may tweet about Joe Biden as if he is sure to get the Democratic presidential nomination, she is not concerned at all about who Trump’s opponent is.

In a conversation on “Fox News Sunday,” Conway said that the Democratic Party’s hard push to the left will make it easy for Trump to be reelected in 2020.

“It may be Joe Biden, it may be somebody else, but it doesn’t really matter,” Conway said, referring to how many of the candidates are supporting "Medicare-for-all" and free health care for illegal immigrants, Every candidate who appeared on the second night of the first debate said they supported health care for those in the country illegally.

Several candidates, while favoring "Medicare-for-all," also noted the impracticality of jumping to such a plan right away. Candidates including South Bend, Ind., Mayor Pete Buttigieg have called for a private option for the time being, so people who want to keep their current employer plans can do so.

Conway noted that whoever it is will not just be running against Trump, but “the Trump economy,” which has surged during the president’s term in office.

Conway also said it is far too early to tell who the Democrats will ultimately select, given that “there’s still 23 or 24 of them running,” but she did note that many of the 2020 hopefuls are polling low. When the campaign reaches the general election stage, however, Conway said the Democratic nominee will have to answer for the party’s more extreme policies.

“Whoever it is, they really have to defend socialism now,” she said.

Conway also discussed the recent death of pedophile Jeffrey Epstein, who was in custody in Manhattan as he faced trafficking charges. His death, which has been described as an apparent suicide, drew backlash against prison officials, given a previous reported suicide attempt.

The high-profile nature of the case, and the notable names linked to the financier, have also led to theories that Epstein did not truly kill himself. President Trump retweeted a conspiracy theory linking Epstein’s death to former President Bill Clinton, who was a known associate of Epstein, as was President Trump.

When asked about Trump’s tweet, Conway said, “I think the president just wants everything to be investigated,” noting that Attorney General Bill Barr is already taking action.

"We want to make sure that people who should not have firearms don't," she said.

Conway made it clear that sanctions remain in place, but that President Trump is dangling economic incentives to get North Korea to abandon their activities. She said there are currently no future meetings planned between Trump and Kim.