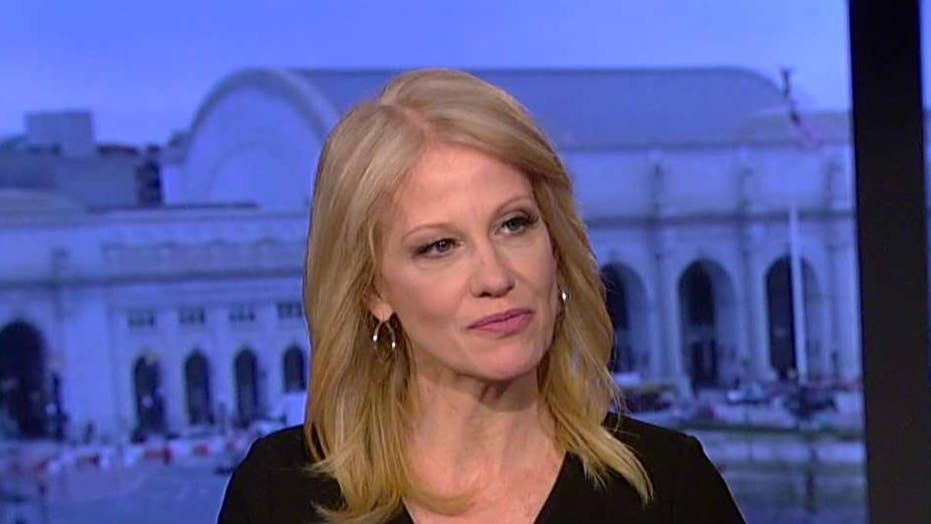 Kellyanne Conway: George Conway has been critical of Trump publicly which is unlike him

Kellyanne Conway weighed in Thursday on the bitter Twitter feud between her husband George and President Trump, calling her spouse's criticism of her boss "unusual" while thanking Trump for defending her from what “he thinks is unfairness.”

“My husband has been very critical of the president publicly, which is unlike him because he’s usually a very private person,” she told Maria Bartiromo during an interview on Fox Business Network's “Mornings with Maria."

In the interview, Conway spoke at length about the household tensions over her administration work, with her husband openly questioning the president's mental health and Trump publicly attacking him as a "loser" on Twitter.

“This is new," she said. "And what is also new is not supporting the agenda of the president and my work there, because when George took himself out of contention for a top job in the Department of Justice almost two years ago he put out a statement – that many in the media refuse to cover now – that we decided as a family ... it is not the right time for us both to have big jobs in the federal government … and that he still supports the president, the work of the administration and his quote, wonderful wife. 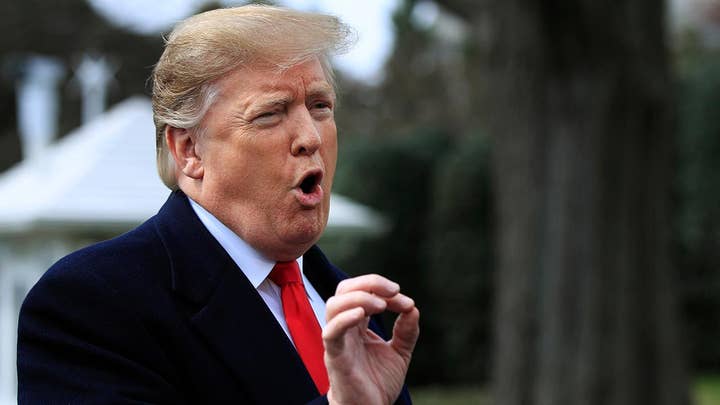 “I appreciate the president defending what he thinks is unfairness, I’ll leave that up to him, but I was raised in a household of strong Italian Catholic women who taught me you air grievances like that in private. So it is very surprising to see it be so public.”

She continued: “[The president] is protective of me, that’s what people really should take from this. I’m not being asked to choose between my marriage and my job, Donald Trump has never made me feel that way. I know George is quoted recently as saying ‘I wish she didn’t work there’.”

Asked if her husband wants her to step down, Conway replied: “Certainly, but what message does that send?”

Conway also dinged those in the media who have speculated on her and George’s relationship, saying: “The media is getting into a very dangerous area in discussing people’s marriages.”

The counselor to the president closed out the interview by describing herself as “business as usual,” despite the swirling controversy.

“Really, until this week, this was my private life, not my professional life. George is not Bob Mueller… he is not Rod Rosenstein, he can’t act on those tweets in a way,” she said.

“And I don’t know when the feminists are going to write the story on the unusual situation of a man getting power through his wife, but that’s what we have here.”

Conway’s Fox Business interview came after Trump turned up the heat Wednesday in his feud with George Conway, calling him a “stone cold LOSER & husband from hell!”

“George Conway, often referred to as Mr. Kellyanne Conway by those who know him, is VERY jealous of his wife’s success & angry that I, with her help, didn’t give him the job he so desperately wanted. I barely know him but just take a look, a stone cold LOSER & husband from hell!” Trump tweeted Wednesday morning.

In one of the more bizarre feuds of the Trump era, George Conway has repeatedly questioned the president’s mental health on social media, all while his wife continues to work at the White House. He responded to the latest salvo by tweeting: "You. Are. Nuts."

This is not the first time a Trump administration official has been put in an awkward spot due to the president's disagreements with their spouse. In 2017, Transportation Secretary Elaine Chao was in a similar situation when Trump criticized her husband, Senate Majority Leader Mitch McConnell, for lack of action on health care.