CONCORD, N.H. – The Granite State may have been Bernie Sanders country in the 2016 Democratic primary, but Sen. Kamala Harris says she won’t follow in the independent senator from Vermont’s footsteps.

Harris spoke on Monday as she took questions from reporters during her in the first-in-the-nation primary state of New Hampshire for the first time since launching her presidential campaign four weeks ago.

Sanders, a progressive populist who put up a serious fight against eventual nominee Hillary Clinton in the 2016 primary, is likely to launch before the end of the month a second straight bid for the Democratic presidential nomination.

In recent weeks some Democrats have questioned whether Harris was a “progressive prosecutor” during her years as San Francisco district attorney and later as California attorney general. 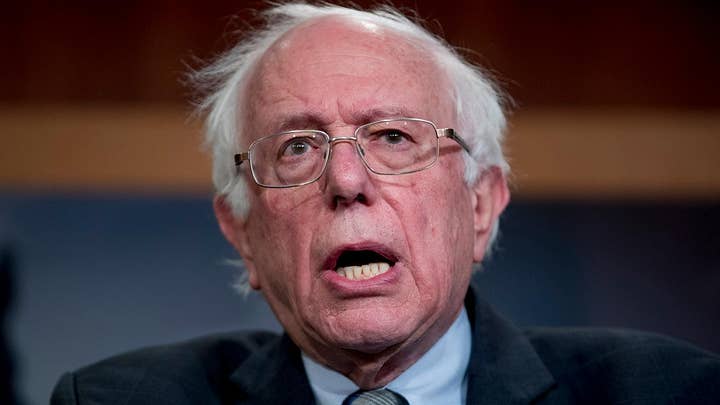 Harris also vowed to spend “a lot of time” in New Hampshire.

“I’m here because I believe that this is a very important state and intend to spend a lot of time here, and I intend to compete for the votes here and I’m going to put a lot of effort into doing that,” Harris highlighted after being asked by Fox News if the state was a lower priority than the other early-voting states in the primary and caucus calendar.

“It’s an important state. It is a state of people who have a lot of needs and need to be seen and heard,” she spotlighted.

Harris is the daughter of parents from Jamaica and India and would be the first woman and second African-American to win the White House if she ultimately succeeds.

Even before her formal launch, the candidate headed to South Carolina, the first southern state to hold a primary. And she headed to Iowa – which votes first – a few days later.

Iowa and South Carolina -- a state where black voters make up a majority of the Democratic primary electorate -- are likely to figure heavily into Harris’ prospects. Harris campaigned in support of fellow Democrats in South Carolina in last year’s midterm elections.

Harris vowed at the beginning of an event at Gibson’s Bookstore in Concord to spend lots of time campaigning in the Granite State. She repeated that pledge at a large event later Monday in Portsmouth.