U.S. Sen. Kamala Harris, D-Calif., remained mute about her 2020 ambitions Thursday during a town hall meeting in her home state, but attacked the Trump administration’s immigration policies as “immoral” and said she supports a ban on “weapons of war.”

“This administration, as far as I’m concerned, has put a target on California’s back and we’re going to need to fight this,” Harris told a crowd of more than 1,000 people in the San Fernando Valley, many of whom were young students, the Los Angeles Daily News reported.

“This administration, as far as I’m concerned, has put a target on California’s back and we’re going to need to fight this.”

She criticized the administration's zero-tolerance policy on illegal immigration, which has led to at least 1,300 children being separated from parents who attempted to cross the border illegally. 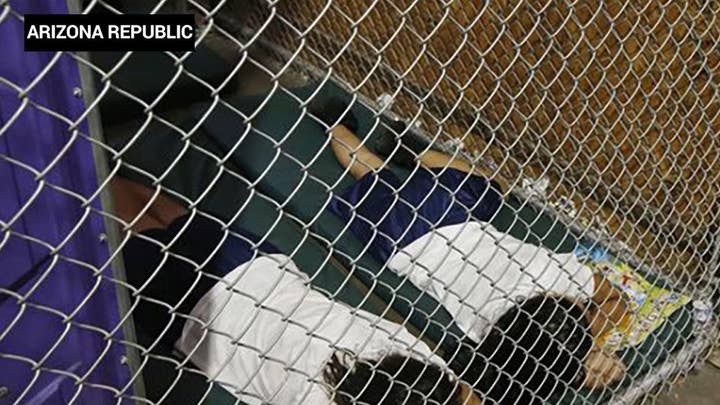 “It’s immoral,” she said. “And let’s be clear, government should be in the business of keeping families together, not tearing them apart.”

Harris received praise from progressives after her heated confrontation with Homeland Security Secretary Kirstjen Nielsen last month, in which she took the Trump administration official to task over the issue.

But Nielsen denied the administration is intentionally splitting the families, explaining to Harris that parents who attempted to enter the country illegally may lose their children if they face charges or jail time, as according to the existing U.S. laws that precede the election of Trump. 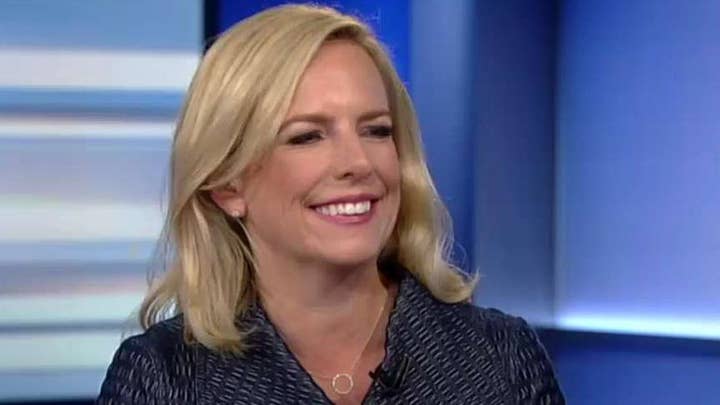 Harris, California's junior U.S. senator, isn’t facing re-election this year, but her town hall was held just days before Tuesday’s primary election in the state -- which Democrats hope will help solidify their domination in California and eventually flip seats in the U.S. Congress.

But holding a town hall while not facing an election merely fueled speculation that Harris may run for president in 2020. Rather than dismiss the rumors about it, Harris told reporters that she had “no announcements to make.”

During the event, Harris outlined some of her policy wishes, including banning “weapons of war” and introducing mandatory background checks.

“It’s a false choice to suggest you either support the Second Amendment or you want to take everyone’s guns away,” she told the audience. “That is ridiculous.”

“It’s a false choice to suggest you either support the Second Amendment or you want to take everyone’s guns away. That is ridiculous.”

She also spoke about a bipartisan bill she’s working on with U.S. Sen. Rand Paul, R-Ky., that would reform the court’s bail system.

Harris wrapped up her appearance by saying that although Trump poses challenges to people, she doesn’t believe the country is divided.

“I reject that premise. I do not believe we are divided. I believe that the vast majority of us have so much more in common than what separates us, and I know that to be true,” she said.