The fate of a 16-year-old Connecticut girl at the center of a major medical custody dispute is in the hands of a Massachusetts judge, now that Bay State children's advocates have conceded Justina Pelletier should be returned to her family.

In a controversial move, Pelletier was placed in the custody of the Massachusetts Department of Children and Families more than a year ago, after two reputable Boston hospitals sparred in their diagnosis of the girl.

When the girl's parents disagreed with a psychiatric diagnosis given by Boston Children's Hospital, the couple said they wanted their daughter returned to her original physician at Tufts Medical Center, who had previously treated Justina for mitochondrial disease, a group of rare genetic disorders affecting cellular energy production.

Lou and Linda Pelletier, of West Hartford, Conn., were then accused of "medical child abuse," which led to Massachusetts officials taking full custody of the girl.

The legal battle that ensued made the case one of the most controversial custody battles in state history.

In May, Justina was moved from Massachusetts to a facility in Thompson, Conn. Her parents are now able to visit with their daughter, but still angry that she hasn't been returned home.

"All I really want is to be with my family and friends," the girl says, her voice faltering at times. "You can do it. You're the one that's judging this. Please let me go home."

In what Justina's attorneys are calling a "dramatic reversal," the Massachusetts DCF filed a motion agreeing that the teenager should be returned to her family. Alec Loftus, a spokesman for Massachusetts Health and Human Services Secretary John Polanowicz, confirmed to FoxNews.com Wednesday that both parties are in agreement.

"We are pleased that the family has engaged around the reunification plan and we have filed papers in court to support our shared goal of bringing Justina home," he said in an email.

Attorneys representing Justina filed a subsequent motion Tuesday requesting that Johnston expedite a ruling "because all parties are in agreement," said Mat Staver, founder and chairman of Liberty Counsel, which represents the Pelletier family.

According to sources close to the case, Johnston issued a June 13 deadline for all paperwork to be filed and indicated a ruling will be made on or before June 20.

"She's now getting treatment from Tuft’s medical providers and they’ve agreed to return her to her family," Staver told FoxNews.com. "This really cuts out the basis for why they took her in the first place."

"We're waiting on the judge. At this point, there is no reason to delay," he said. "There’s no reason why he can't act immediately."

The emotional toll on Justina and her family is one that cannot be measured, Staver said.

"Every hour she's not back with her family is an hour she can't ever get back," he said. "Once she does get home, she’ll have a long road to recovery -- physically, mentally and spiritually."

Justina has missed out on two years of education, Staver said, and went from becoming a competitive figure skater to being confined in a wheelchair.

Lou Pelletier, meanwhile, said he remains skeptical of the judge, after so many legal hurdles, and will "jump for joy once she is released home."

Click here for more background on the Justina Pelletier case 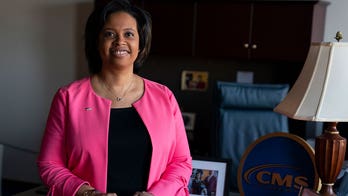