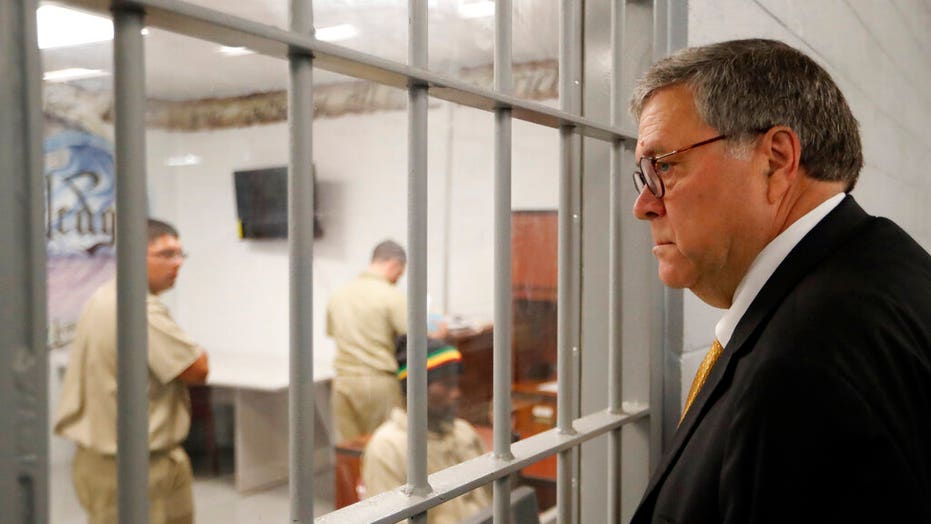 The Department of Justice is introducing a new system to identify programs that inmates can take part in to reduce recidivism and also assess an inmate's likelihood of re-offending before they are released.

Attorney General William Barr called it a "milestone in implementing the First Step Act," a rare bipartisan push under the Trump administration to end incarceration for nonviolent criminals, many of whom have served lengthy sentences for drug convictions.

The federal Bureau of Prisons (BOP) has already assessed nearly all the 175,269 inmates in federal custody to identify programs they may need to help reduce the risk of recidivism.

The DOJ says that all of the inmates will be re-screened under the new guidelines in an attempt to reduce biases and more accurately measure an inmate's change behind bars, but officials don't expect to see major changes in an inmate's risk level through the new assessment.

The law stipulates that inmates be screened using the risk tool released in July and designed to predict the likelihood that inmates may commit other offenses or violent crimes. The assessment took into account a number of factors, including an inmate’s age and crime, as well as whether an inmate participated in education or drug-treatment programs.

The DOJ later redesigned the tool following feedback from advocates and other groups and made changes to the criteria for assessment to mitigate the potential for racial bias. Specifically, the assessment will no longer look at the age when an inmate was first arrested or whether the inmate was given the ability to turn himself in at a prison.

Officials also looked into whether they should remove the category examining whether an inmate had previously violated the terms of supervised release. But they found that statistics showed white defendants were actually sent back to prison more often than African American and Hispanic offenders, contrary to concerns from critics.

"The BOP is working to incorporate these recommended changes to the risk assessment tool and will conduct a review to determine which inmates may have their risk score and level adjusted," the DOJ said in a statement.

Coupled with the new assessments, BOP will provide inmates with a list of programs to participate in that will earn them credit to be applied towards earlier release.

“Beginning today, inmates will have even greater incentive to participate in evidence-based programs that prepare them for productive lives after incarceration. This is what Congress intended with this bipartisan bill," DOJ said.

So far, the department released 124 inmates under the compassionate-release program in 2019, compared with 34 in 2018. Also, 379 inmates have qualified for home confinement under a program that allows some elderly and terminally ill offenders to be transitioned to the less-restrictive sentence.

Nearly 15,000 inmates are enrolled in the Bureau of Prison’s residential drug treatment program and 44,000 others are involved in other drug programs in federal prisons across the U.S.

More than 3,100 federal inmates were released in July by the Bureau of Prisons under the First Step Act and more than 2,400 others have qualified for reduced sentences under a separate provision of the law that allows some prisoners locked up for crack cocaine charges to ask for a sentencing reduction.