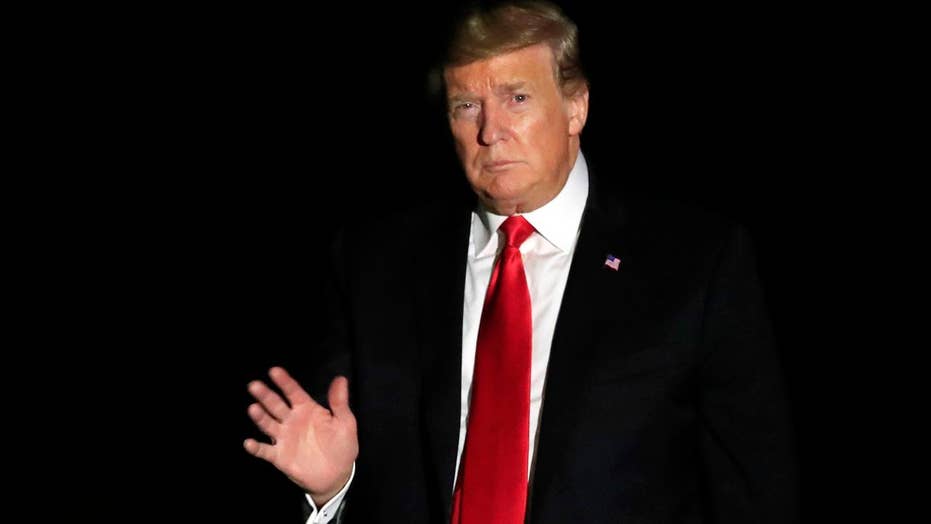 The New York federal judge who ruled on Wednesday that the Trump administration must comply with two subpoenas from the House Financial Services and Intelligence Committees has donated in the past to a slew of big-name Democrats -- including two who currently sit on those committees, according to federal election filings.

After an hour of oral arguments, Barack Obama-appointed U.S. District Judge Edgardo Ramos ruled the subpoenas to Deutsche Bank and Capital One have "a legitimate legislative purpose," and that Trump was unlikely to prevail in a lawsuit to quash the requests. Judges have the option to recuse themselves if there is an appearance of bias.

Federal election records show that, when he was a partner at the law firm Day Pitney LLP and before he was appointed to the bench in 2011, Ramos sent $350 to Connecticut Democrat Rep. Jim Himes from 2007 to 2008, as well as $500 to elect New York Rep. Nydia Velazquez in 2010.

Ramos also contributed $1,000 to Sen. Kirsten Gillibrand's Senate campaign in 2009, another $1,000 to the Democratic Senatorial Campaign Committee, and several thousand dollars over several years to Obama for America. His political donations apparently stopped after his elevation to the judgeship, in line with ethical standards.

Trump’s lawyers had asked Ramos to temporarily block Congress from gaining access to the records. They said it was a "safe bet" they would appeal his decision.

That judge, Obama appointee Amit Mehta, donated to the Obama-Biden campaign in 2012.

The White House has aggressively pushed back against Democrat-led investigations in the wake of Special Counsel Robert Mueller's report, saying Democrats simply want a "do-over" of Mueller's lengthy investigation that ultimately found no evidence of any Trump-Russia collusion.

Some congressional Republicans have also characterized the subpoenas as an abuse of authority and blasted the Trump-focused investigations.

Rep. Jim Jordan, R-Ohio, the ranking member of the House Oversight Committee, called the inquiry into Mazars USA "an unprecedented abuse of the Committee’s subpoena authority to target and expose the private financial information of the President of the United States.”