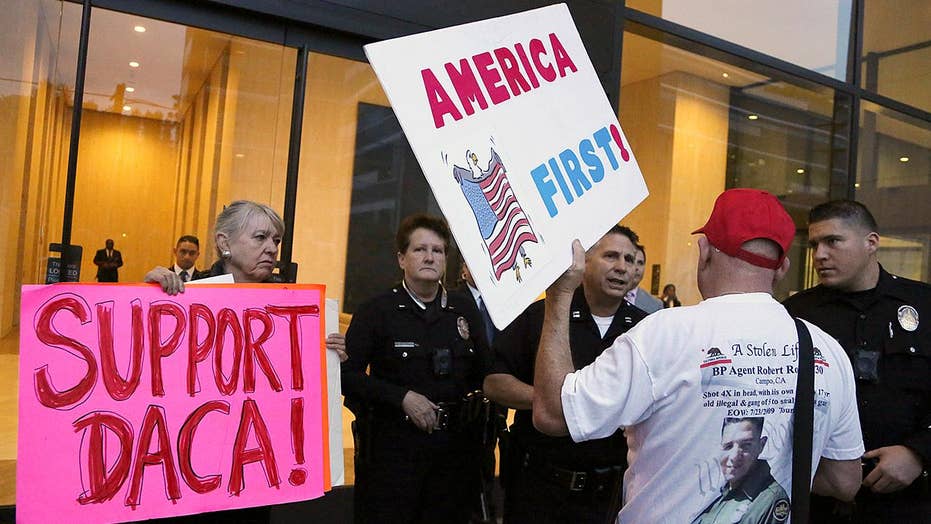 A federal judge in San Francisco on Tuesday barred the Trump administration from turning back the Obama-era DACA program, which shielded more than 700,000 people from deportation, Reuters reported.

U.S. District Judge William Alsup, an appointee of President Bill Clinton, ruled that the program must stay intact while litigation is played out.

Alsup ordered that until a final judgment is reached, the program must continue and those already approved for DACA protections and work permits must be allowed to renew them before they expire.

Dreamers who have never received DACA protections, however, will not be allowed to apply, Alsup ordered. Trump last year ended the Obama-era Deferred Action for Childhood Arrivals program. He gave Congress until March to find a fix.

The Department of Justice said in a statement that the ruling does not change the department's position on the facts. 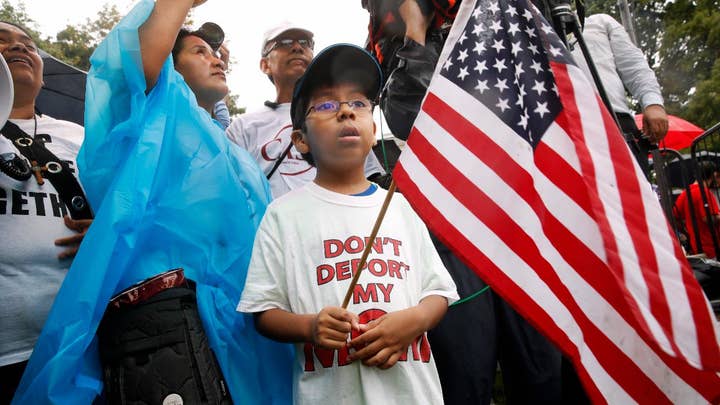 "DACA was implemented unilaterally after Congress declined to extend these benefits to this same group of illegal aliens. As such, it was an unlawful circumvention of Congress, and was susceptible to the same legal challenges that effectively ended DAPA," the statement read.

Deferred Action for Parents of Americans program was intended to keep the immigrant parents safe from deportation and provide them with a renewable work permit good for two years, but it was blocked by a federal judge after 26 states filed suit against the federal government and challenged the effort's legality.

Trump said he was willing to be flexible on DACA in finding an agreement as Democrats warned that the lives of hundreds of thousands of immigrants hung in the balance.

“I think my positions are going to be what the people in this room come up with,” Trump said during a Cabinet Room meeting with a bipartisan group of nearly two dozen lawmakers.

The Wall Street Journal reported Tuesday that Trump appeared optimistic that Congress could reach a decision on the program.

Trump ended DACA in September. Immigration advocates estimate that more than 100 people a day lose the protected status because they did not renew their permits before the deadline, The Journal reported.

Trump is using border security—including a border wall-- as a bargaining chip and Democrats want to use their sway on the spending bill to protect immigrants under DACA.

The plaintiffs in the suit included, among others, attorneys general from California, Maine, Maryland, Minnesota and the University of California

Xavier Becerra, California’s attorney general, filed a motion seeking the preliminary injunction in November, saying that the move is in violation of the U.S. Constitution and causes “irreparable” harm to DACA recipients.

Becerra said in a statement late Tuesday that the ruling is a “huge step in the right direction.”

“America is and has been home to Dreamers who courageously came forward, applied for DACA and did everything the federal government asked of them,” he said. “They followed DACA’s rules, they succeeded in school, at work and in business, and they have contributed in building a better America.”