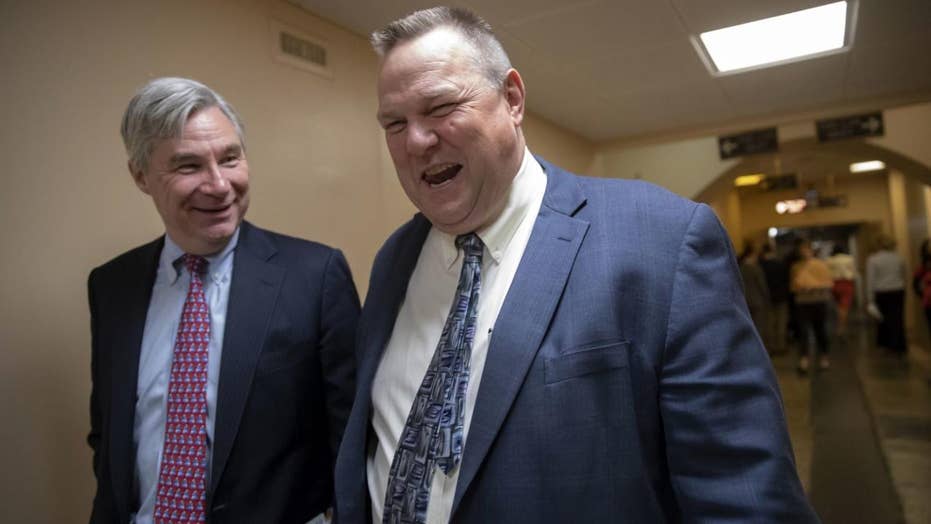 Tester, a Democrat who has represented Montana in the Senate since 2007, faced a tough reelection in a state where President Trump enjoys broad support. During the campaign season Trump made an unprecedented four trips to Montana to stump for Rosendale.

"I would love to tell you this country is on the cusp of coming together, but it isn't," Tester said Wednesday in a speech to supporters. "But I can tell you that we need to work together in this country. We need to hold people accountable for their actions, and that will be done. And we need to move forward in a way that we have the strongest middle class ever."

During the campaign, Tester steered clear of inviting prominent Democrats to stump for him – instead bringing in actor Jeff Bridges and the rock band Pearl Jam as supporters – and attempted to keep the focus on Montana politics.

He labeled Rosendale, a Maryland transplant who moved to the state in 2003, as an “East Coast developer” funded by groups outside the state and as somebody who did not understand issues important to Montanans.

Tester became a particular target for Trump after the senator in April derailed the president's first-choice for Veterans Affairs secretary, Ronny Jackson, with allegations of drunken behavior, overprescribing prescription drugs and fostering a hostile work environment.

Jackson denied the allegations, which have been referred to the Pentagon's Inspector General for investigation.

Tester is the top Democrat on the Senate Veterans’ Affairs Committee.

Tester insisted that Montana voters across the political spectrum would support him after examining his record.