Jon Ossoff, a young Georgia media executive known for breaking fundraising records during a 2017 special election loss for a U.S. House seat, beat back a field of Democratic primary opponents to win a spot taking on Republican Sen. David Perdue in November.

Ossoff received about 50.5 percent of the votes, according to votes tallied as of Wednesday night. He had maintained a steady lead in public polling and fundraising despite some significant competition from former Columbus Mayor Teresa Tomlinson and 2018 candidate for lieutenant governor Sarah Riggs Amico.

Ossoff's victory allows him to avoid a potentially bruising primary runoff that had been seen as likely and sets up a showdown with Perdue as Republicans look to hold the White House and Senate majority.

The election on Tuesday was plagued by problems that, combined with a massive influx of mail-in paper ballots because of the coronavirus, delayed final results.

A lack of poll workers, trouble with new voting equipment, coronavirus restrictions and high turnout contributed to long lines, with 20 of Georgia's 159 counties having to extend voting hours for at least one precinct.

Secretary of State Brad Raffensperger sent absentee ballot applications to 6.9 million active registered voters in Georgia, and more than 1 million ballots had been received as of Monday, Raffensperger spokesman Walter Jones said Wednesday. That's a huge increase in the number of paper ballots that counties have traditionally had to process in past elections.

Ossoff entered the race in September with the endorsement of civil rights icon Rep. John Lewis, as well as some built-in name recognition from his highly publicized special election loss to Republican Karen Handel for an Atlanta-area U.S. House seat in 2017. He has made fighting inequality and corruption a core part of his message. 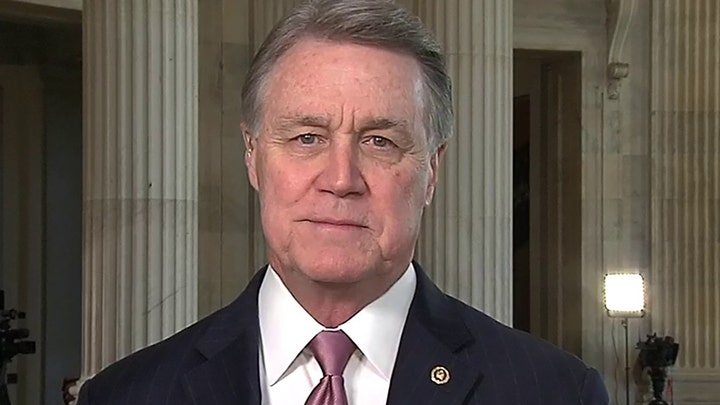 Ossoff's opponents often took aim at his lack of experience in elected office, with Tomlinson proclaiming that she was "the only one in this race who has ever won an election and governed." But those attacks seemed to have little effect.

Meanwhile, changes to campaigning necessitated by the coronavirus pandemic, including a move away from in-person events in favor of online engagement, seemed to play toward the strengths of Ossoff's media-savvy campaign.

The election had been previously postponed and campaigns forced online because of the coronavirus. The final days of the race also saw widespread protests over the death of George Floyd in Minneapolis.

Criticism of President Donald Trump's response on both fronts has added fuel to Democrats' ambitions of winning in Georgia, where the party is increasingly making gains even though Republicans still dominate in statewide elections.

Perdue, a close Trump ally seeking a second term in November, drew no GOP primary opposition. Republican Sen. Kelly Loeffler of Georgia is also defending the seat she was recently appointed to in a separate race that won't be filtered by primaries.