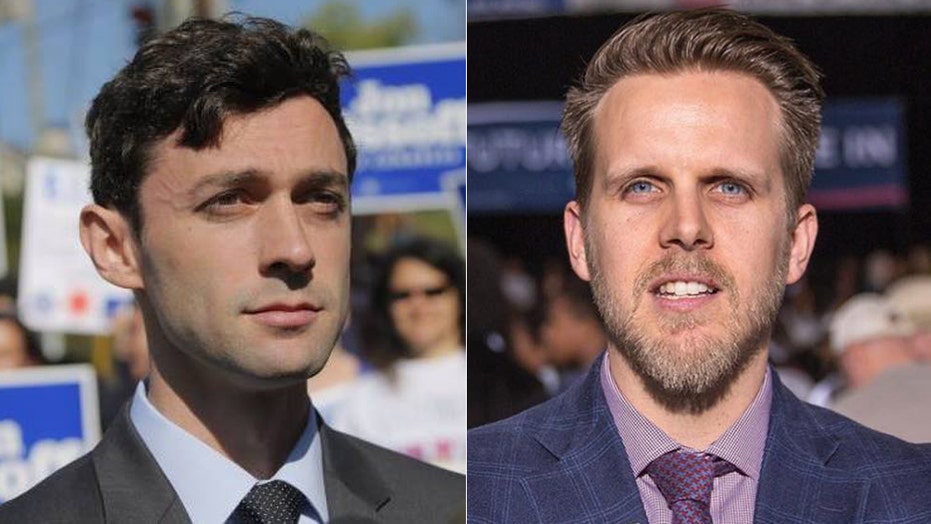 A supporter of Georgia Democratic Senate candidate Jon Ossoff backed calls by members of the Minneapolis City Council this week to dismantle the city's police department and said that, if he is elected to the county commission seat he is currently running for, he would put forward similar legislation.

Ted Terry, who previously ran in the Georgia Democratic Senate primary before dropping out and running for DeKalb County commissioner, tweeted on Sunday that he stands with the veto-proof majority of Minneapolis political leaders who announced they would attempt to "dismantle" the city's police department.

"Today, #Minneapolis took a bold step in reimagining public safety beyond policing & incarceration," he wrote, before continuing to say that "I stand w/" the nine members of the Minneapolis City Council who support taking apart the city's police department. "It's time for transformation!"

Terry added: "If elected to the #DeKalb County Commission I will introduce legislation to end the current policing mode[l] not just in unincorporated DeKalb but in each of our municipalities. It’s time for change at all levels of County policing. Community safety and support is the new mission."

The push to defund police departments in Minneapolis and elsewhere has fueled widespread controversy, with Republicans blasting the push as "insane" and citing Democrats' support of it to accuse the party of shifting further left.

According to the Atlanta Journal-Constitution, Terry threw his support behind Ossoff in early May.

"I’ve worked with Jon to advance a progressive agenda in Georgia for over a decade, and I know Jon has the experience, vision, and values to move Georgia forward," Terry said, according to the paper. Terry was previously the mayor of Clarkston, Ga.

SHOWDOWN IN GEORGIA: WHAT TO KNOW ABOUT THE JUNE 9 PRIMARIES

Ossoff's campaign did not respond to a request for comment from Fox News.

As Minneapolis' movement to dismantle its police department moves ahead and calls to "defund" police departments grow around the country, a number of national Democrats avoided weighing in on the topic, which has fervent left-wing supporters that have shown a willingness to turn against even friendly politicians who do not fully back their cause.

“That’s a local decision,” House Speaker Nancy Pelosi, D-Calif., told CNN when asked about the movement. She said people will have “those debates at the local level.”

Fox News is told top House Democrats warned rank-and-file members on a conference call Monday about being sucked into a debate about defunding the police, amid concerns about its impact on their election chances.

Ossoff in recent days has touted his history of supporting criminal justice reform as the issue has risen to the top of the news cycle.

"We have a justice system that punishes people who need help and pardons people who have power," Ossoff said in a 2019 clip posted on his Twitter page Monday. "It mocks our constitution, which guarantees due process and equal protection under the law."

He has also marched with "Black Lives Matter" protesters in Atlanta.

Ossoff is considered the frontrunner in the Tuesday Democratic primary for the right to take on Sen. David Perdue, R-Ga., in November. Perdue has called for the officers involved in the death of George Floyd while in the custody of the Minneapolis Police Department "to be prosecuted to the fullest extent of the law" but has also said that "[d]efunding the police is an outrageous idea."

The "defund the police" movement stems from widespread anger and protests that followed Floyd's death late last month after a Minneapolis police officer used his knee to pin Floyd to the ground by his neck for almost nine minutes in an incident caught on camera. That officer has been charged with second-degree murder while three others who were present were charged with aiding and abetting. All four officers have been fired.

The protests at times became riots, especially after dark, prompting a militarized police response in many cities around the U.S. In some instances, police appeared to use force against peaceful protesters and not just rioters, further intensifying anger toward police among many Americans. The demonstrations and unrest have spurred a wide variety of potential legislative action at the federal, state and local levels around the country aimed at reducing police misconduct and racial inequality.