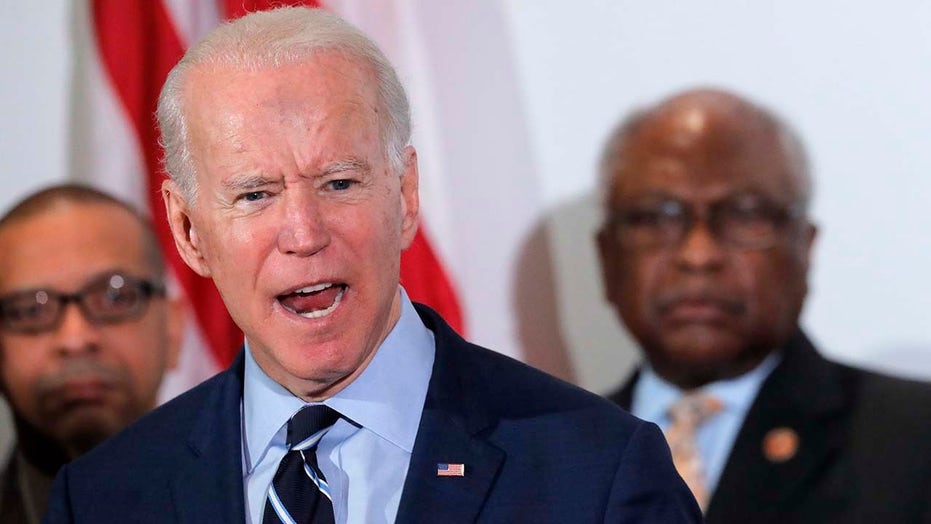 Biden vows to take the Palmetto State in primary: I will win South Carolina

Joe Biden, the one-time Democratic presidential frontrunner, got emotional during a televised town hall Wednesday, when he was asked about his faith and how it would influence some of his decisions as president.

Biden recalled serving as vice president at the time of the shooting carried out by a white supremacist that resulted in nine deaths.

He told the pastor that after visiting the church with then-President Obama and the first lady, he went a second time because he was going through his own personal loss. His son Beau Biden had just died from cancer.

Biden, no stranger to loss, told the pastor that visiting the church gave him a sense of hope. He quoted the Danish philosopher Søren Kierkegaard who said, “Faith sees best in the dark.”

Biden was 30 years old when his wife and 13-month-old daughter were killed when their car was broadsided by a tractor-trailer. Biden told the Associated Press that they were picking out a Christmas tree at the time. The night before, he said his family surrounded the fireplace and his wife, Neilia, asked him, “What’s going to happen, Joey? Things are just too good.”

He told the audience that he managed to get through the pain by realizing that they continue to be part of  his "being."

"My son Beau is my soul," he said. Biden said he wakes up every morning and says to himself that he hopes Beau is proud of his work.

Obama remembered Beau Biden as a selfless son and consummate public servant in a eulogy delivered at the funeral.