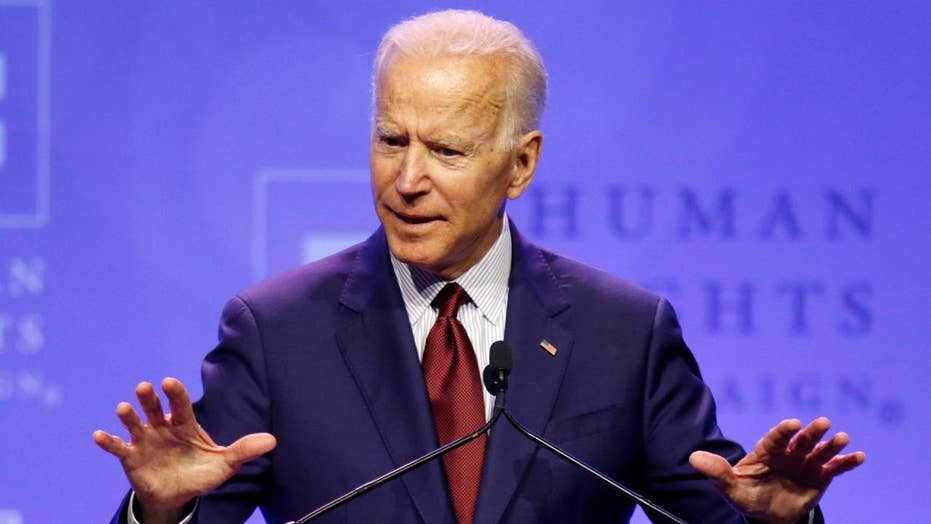 Former Vice President Joe Biden is one of the oldest candidates ever to run for president, but in 1972, he repeatedly attacked his opponent's age in order to be elected as the Delaware senator, a report found Monday.

Long before the 76-year-old launched his third bid for the presidency, a 29-year-old Biden was running for Senate against the two-term incumbent, 62-year-old Sen. Cale Boggs, R-Md. And, his campaign made his youthfulness prominent in print ads.

"To Cale Boggs an unfair tax was the 1948 poll tax. To Joe Biden an unfair tax is the 1972 income tax... It was no different for our fathers, but they never saw the unfairness of it all," the ad read.

Sen. Joe Biden with then-President Jimmy Carter during a fundraiser in 1978. (Getty, File)

It wasn't just in print ads that Biden scrutinized Boggs for his age. The young Democrat told the press that Boggs "lost that twinkle in his eyes" and that he's "just not a fighter." He even spread rumors that he would retire two years after his reelection.

Nearly 50 years later, Biden's age is now being scrutinized by 72-year-old President Trump, who repeatedly has referred to the former vice president as "Sleepy Joe." Meantime, a fellow Democrat, Mayor Pete Buttigieg of South Bend, Ind., called for a "new generation of leadership" in Washington.