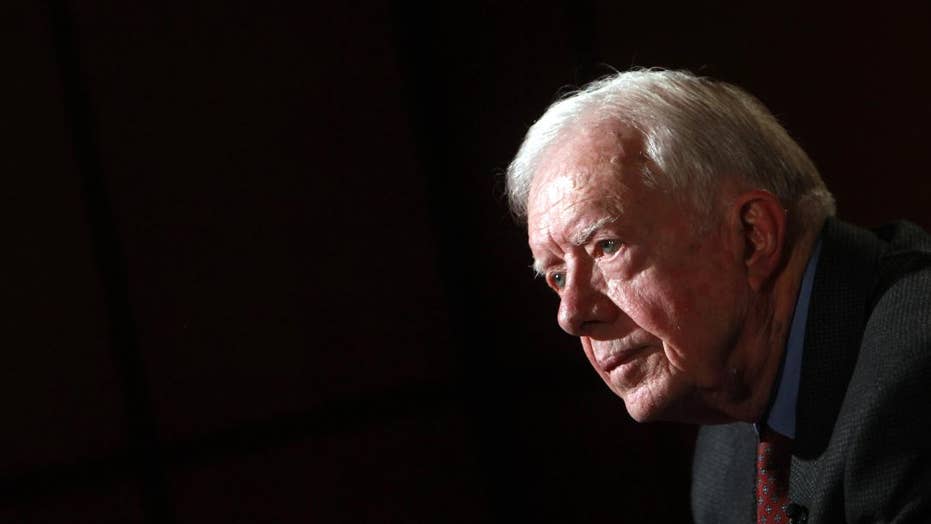 President Jimmy Carter, the 39th President of the United States, came to President Trump’s defense in a recent interview. From North Korea, to racial tensions at home and the NFL national anthem controversy, Carter says Trump is often mistreated by the media.

Former President Jimmy Carter said the media is being harsh on President Trump in an unprecedented fashion.

"I think the media have been harder on Trump than any other president certainly that I've known about," the 93-year-old told the New York Times' Maureen Dowd. "I think they feel free to claim that Trump is mentally deranged and everything else without hesitation."

The comment came as Carter and Dowd discussed the media storm over administration officials' use of private jets, which ultimately led to the ouster of Health and Human Services Secretary Tom Price.

Carter's critique of the press is similar, albeit less extreme, to that of Trump's. The president said in May that "no politician in history" has been treated "worse of more unfairly" by the media.