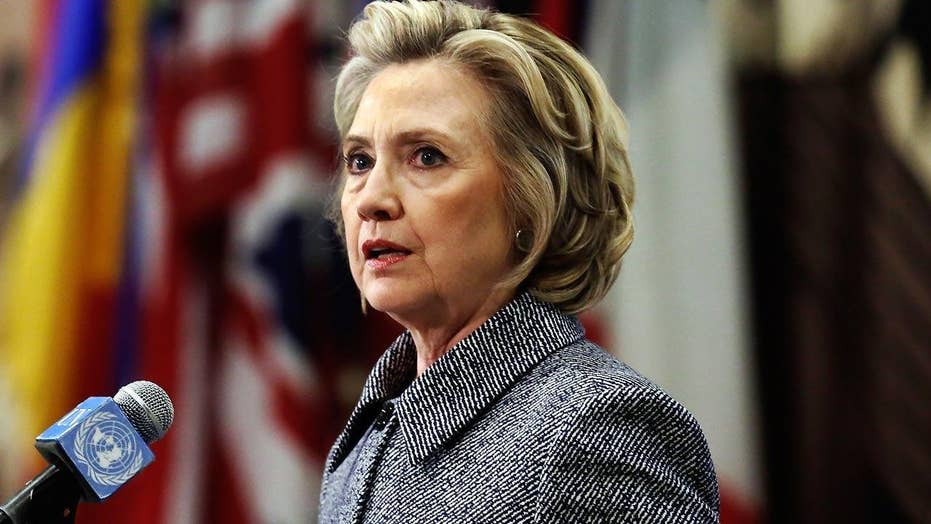 If Hillary Clinton’s ‘homebrew’ server ever got the Mary Shelley treatment, IT specialist Bryan Pagliano would make a fine Dr. Frankenstein – FBI documents reveal new details about how he painstakingly created the machine over a series of months while working in a room along Washington’s storied K Street.

According to files released last Friday evening, Pagliano worked to design and build the now-infamous server inside a room once used as part of Clinton’s campaign headquarters. On the street known as Washington’s power corridor, Pagliano even used computer remnants from Clinton’s failed 2008 presidential bid, where he had worked as an IT specialist.

The story of how the server came into existence became clearer thanks to witness interviews known as 302s. Though they were highly redacted, the bureau files include new details Pagliano revealed in a June 24 interview with the FBI.

In that interview, Pagliano said it was longtime Clinton Foundation aide Justin Cooper who asked him to build the server “in the fall of 2008” and that Pagliano completed the work in early 2009. (Pages 155, 163)

After the server’s completion in the makeshift lab on K Street, Pagliano stated that he “rented a minivan and drove to Chappaqua New York to install the email server in the Clinton residence.”

Pagliano and Cooper were separately interviewed by the FBI five times during the bureau’s investigation into Clinton’s use of private server and private email for government business while secretary of state. According to the reviewed documents, Pagliano was interviewed first on Dec. 22, 2015 and again six months later on June 21, 2016.

Cooper was interviewed three times -- once in 2015 and twice in 2016 -- and appeared before Congress. Pagliano was one of five people who received limited immunity from the Justice Department, has taken the Fifth and refused to testify before Congress.

In his interviews with the FBI, Pagliano said that “he could not recall any existing computer systems at the Chappaqua residence other than the Apple server described previously to the FBI.”

Widely published reports including one in the New York Times indicated that Clinton was informally announced as Obama’s choice of secretary of state on Nov. 22, 2008, with her formal nomination on Dec. 1. After working in her 2008 presidential campaign, Pagliano joined Clinton in the State Department as an employee and IT specialist, but he also continued to work on the homebrew server he built.

Pagliano, though, insisted to the FBI that he “believed the email server he was building would be used for private email exchange with Bill Clinton aides.”

In addition, it was during his second interview with the FBI in June, that Pagliano suddenly “recalled being given a list of user names and passwords that Cooper asked to be transferred from Cooper’s Apple server to Pagliano’s system.” (Page 164)

The 302 continued, “Pagliano did not recall transferring an account for Hillary Clinton and does not know how her account was installed on the server he built.”

Justin Cooper did not work for the State Department but stated in his March 2016 interview that he registered the domain, clintonemail.com, because he handled financial issues for the Clintons.  Cooper continues to works for Clinton Foundation entities which include Teneo.

Despite handing out limited immunity deals to five people including Pagliano, FBI Director James Comey has stated that Clinton’s actions with her email practices were “extremely careless” -- but not criminal. As a presidential candidate once again, Hillary Clinton continues to refer to the server and her use of private email as “a mistake.”

Strikingly, Cooper also said in his March interview that Hillary Clinton “had Sensitive Compartmented Information Facilities (SCIF’s) in both her New York residence as well as her residence in the District of Columbia (DC).”

In his last interview with the FBI in June, Cooper suddenly remembered there were also two identical iMac computers inside what were supposed to be tightly secured rooms used to review classified materials. The interview states, “Cooper recalled a personally-owned iMac computer in the Sensitive Compartmented Information Facility (SCIF) of both the Washington, DC and Chappaqua, NY residences of Hillary Clinton.”

Cooper added he did not have the combination to open the SCIF and admitted: “The SCIF doors at both residences were not always secured.” This on its face is a direct violation of security protocol.

Cooper added further insight into close aide Huma Abedin’s access to the SCIFs by stating “Abedin was frequently there but did not know if Abedin could access the SCIF when it was secured.”