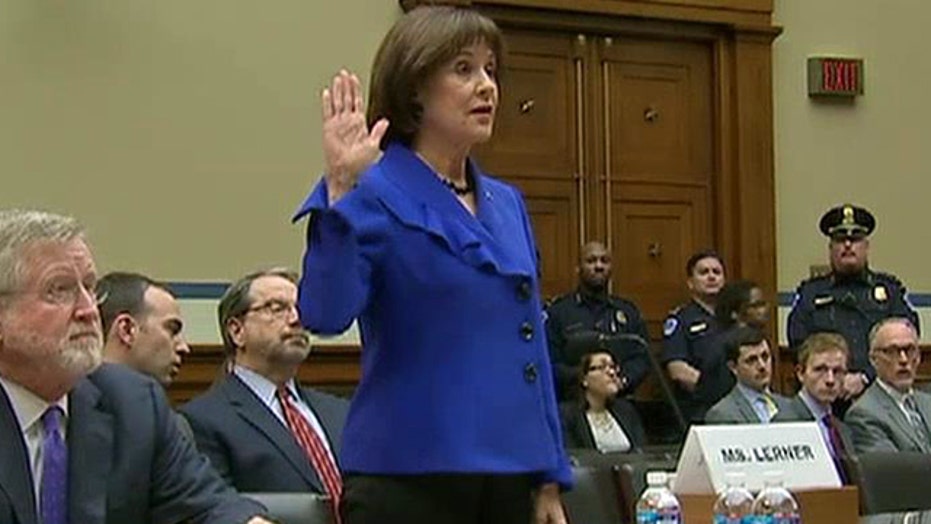 A Treasury Department watchdog has recovered thousands of emails from Lois Lerner and turned them over to Congress, reviving the investigation into the IRS' targeting of conservative groups.

Lerner was in charge of the IRS division that targeted Tea Party and other groups with conservative-sounding names when they applied for tax-exempt status from roughly 2010 to 2012.

She has since retired, and officials have said that many of her emails are permanently lost because her computer hard drive crashed.

“This underscores that our investigation into IRS abuse is far from over,” a House Ways and Means Committee spokesman said Wednesday. “The committee will thoroughly review these new emails as part of our ongoing efforts to find out exactly what happened and provide accountability."

The Treasury’s Inspector General for Tax Administration announced overnight that it had recovered roughly 6,400 Lerner emails that Congress has yet to see and that it will  examine them as part of Congress’ bipartisan investigation that also includes the Senate Finance Committee.

During those three years, Lerner led the IRS division that targeted Tea Party and other conservative groups applying for tax-exempt status.

The inspector general has found about 35,000 emails in all as it sought to recover emails from backup tapes.

“We welcome the Inspector General's recovery of these Lois Lerner emails,” the IRS said in response to the IG announcement. “This is an encouraging development that will help resolve remaining questions and dispel uncertainty surrounding the emails.

The agency also pointed out in its response that it has already produced 24,000 emails from 2010 to 2012 and that it has given Congress more than 1.3 million pages of documents related to the investigation, including more than 147,000 emails.”

In addition, the IRS also said it will continue to cooperate with the Inspector General and the congressional committees.

The agency said last year that Lerner’s computer crashed in 2011 and her emails were lost.

Lerner was placed on leave in May 2013 and retired four months later.

“I have not done anything wrong,” Lerner said to Congress in 2013. “I have not broken any laws. I have not violated any IRS rules or regulations. And I have not provided false information to this or any other congressional committee.”

The IRS scandal broke in May 2013 when Lerner said at an American Bar Association gathering and during a follow-up conference call with reporters that there was a “very quick uptick” in nonprofit applications and that the vetting process was limited to the agency’s Cincinnati office.

The extent to which the Obama administration knew about the targeting, beyond Lerner’s unit in Washington, remains unclear in part because, she says, her computer crashed and emails were lost.

Lerner attorney William Taylor recently said he and his client were “gratified but not surprised” by a decision by the U.S. Attorney’s Office not to pursue contempt of court charges against her earlier this month after she refused to testify about her role at the IRS in the targeting of conservative groups. Regarding efforts in Congress to punish her for not testifying, he said: “It is unfortunate that the majority party in the House put politics before a citizen’s constitutional rights.”