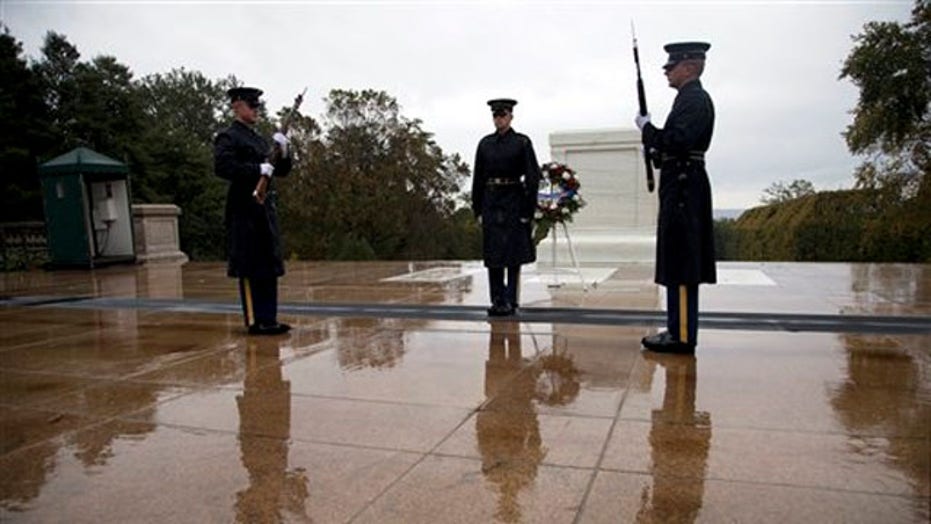 The Republican chairman of the House intelligence committee told Fox News on Wednesday that a recent message from Islamic State leadership -- urging recruits in Australia to launch attacks in their home country rather than travel to Syria and Iraq -- was part of the threat stream that led to more security at U.S. federal buildings.

Rep. Mike Rogers, R-Mich., who gets regular briefings on the intelligence, said 14 Australian recruits were “ready to go to Syria” at the time and “further their radicalization.”

But then, he said, "They got a note back from ISIL that said: ‘No, No.What we want you to do, stay in Australia.We want you to randomly kidnap people off the street behead them, videotape it, send it to us for further propaganda’."

After the new information was picked up, in mid-September, Australian authorities detained more than a dozen suspects, including a handful of individuals who allegedly were planning a public beheading.

Rogers linked that information, along with other intelligence, to the announcement made Tuesday by the Department of Homeland Security boosting security at federal buildings across the U.S. He warned there has been a sea change in the ISIS strategy from inspiring attacks to directing attacks outside Iraq and Syria.

"What you know now is these folks are sending out that message that spontaneous terrorism is the word of the day, and that's what's so concerning to individuals that they're radicalizing these folks to attack government officials," Rogers said.

In September, Australian Prime Minister Tony Abbott confirmed that there was new intelligence about a "demonstration killing," and it came within days of a decision to put the country on high alert for a terrorist strike, after the Australians joined the U.S.-led coalition targeting the Islamic State, also known as ISIS or ISIL.

The statement from Homeland Security released on Tuesday is the most recent in a series of warnings, with the increased security affecting 9,500 federal facilities.Homeland Security Secretary Jeh Johnson said, "The reasons for this action are self-evident: the continued public calls by terrorist organizations for attacks on the homeland and elsewhere, including against law enforcement and other government officials."

Recent terror attacks in New York City and Ottawa, Canada, according to current and former U.S. officials, affirmed that the threat from lone actors inspired by ISIS is more than hypothetical.