The director of national intelligence says the intelligence community provides the 'best information and fact-based assessments possible' for the president and policymakers on Russia's 'ongoing, pervasive efforts to undermine our democracy.'

President Trump should have issued a more full-throated condemnation this week of Russian election meddling in the 2016 presidential election, Director of National Intelligence Dan Coats said Thursday at the Aspen Security Forum.

But, Coats added, Trump was right to point out this week that Russian interference is just one of many potential threats facing the country.

"I wish he made a different statement," Coats told his interviewer, NBC host Andrea Mitchell. "it's undeniable that the Russians are taking a lead on this.

"We're now learning about the dark side, and it's pretty ugly," Coats added. "What we see every day, against our institutions, against our military, against our financial services, against our criticial infrastructure -- stretching from those who have major capabilities of doing this, starting with Russia, including China. ... Add Iran into that, add ISIS into that. 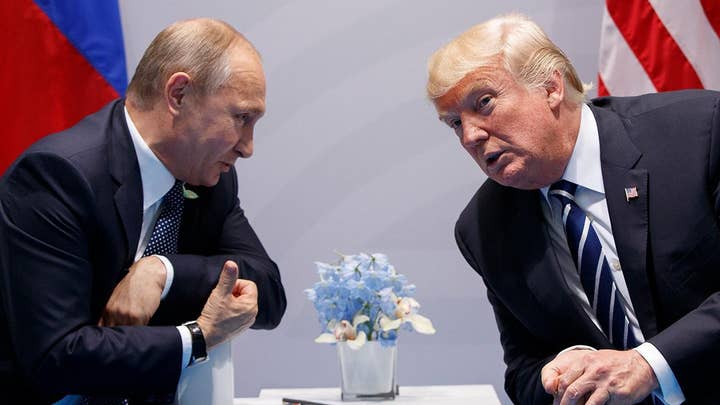 In the White House on Tuesday, Trump attracted more criticism for saying that it "could be other people also" who interfered with U.S. elections.

"I accept our intelligence community's conclusion that Russia's meddling in the 2016 election took place," Trump said on Tuesday, before adding: "Could be other people also. A lot of people out there. But there was no collusion."

Coats acknowledged that he did not "know what happened" during Trump's lengthy one-on-one meeting with Putin in Helsinki, including whether Putin had recorded the meeting.

"I'm concerned about a cyber-9/11," Coats said. "Let's say you shut down Wall Street for a week. What does that do to the world's markets and people's investments? ... What about an attack on the electric grid in New England in January, that's sophisticated to take it out for three days. How many people will die?"

In a more light-hearted moment, Coats also assured attendees at the conference that the soccer ball that Putin hand-delivered to Trump at Monday's press conference in Helsinki did not pose a security risk.

"I bet that soccer ball's been looked at very carefully," Coats said, laughing.

And when Mitchell broke the news to Coats on stage that Putin is planning a trip to Washington, Coats did a double-take.

"Say that again?" he asked, to laughter in the audience. "Okay, that's going to be special."