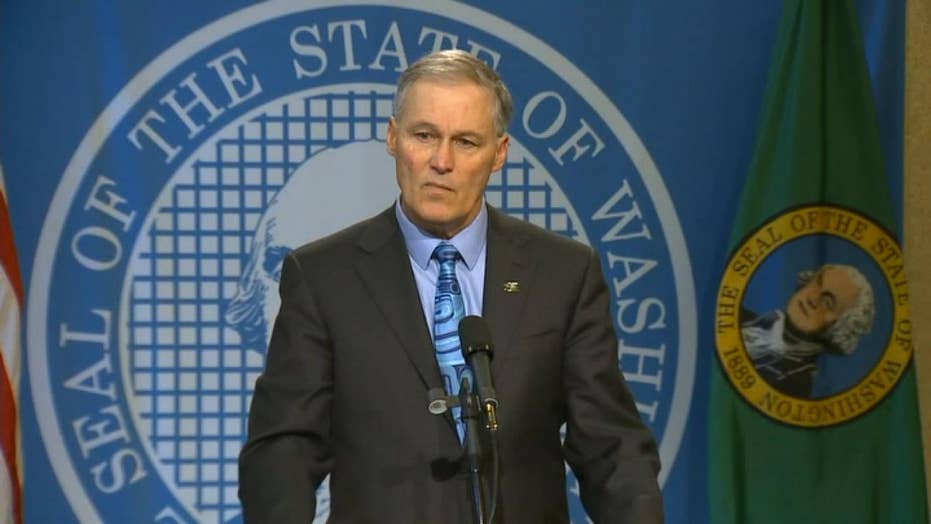 Governor Jay Inslee: What to know

Who is Jay Inslee? Here are a few facts you should know about the Washington governor.

“I want to continue to stand with you in opposing Donald Trump and rejecting his hurtful and divisive agenda, while strengthening and enhancing Washington state's role as a progressive beacon for the nation,” Inslee wrote Thursday in an email to supporters, as he launched his gubernatorial re-election campaign.

Touting his tenure as governor, Inslee highlighted that “our great success as a state these last few years gives me confidence that we can continue to lead the nation in so many ways. Our multiple accomplishments have paved the way for much to come in the next term.”

The longtime climate change crusader and former congressman pulled the plug on his White House bid on Wednesday night, noting it had "become clear" he didn't have a shot at winning the primary.

While he had reached the fundraising threshold to make the stage at the next round of Democratic presidential debates in September, he was nowhere close to hitting the polling criteria - and it was clear he wouldn’t qualify for the debate ahead of next week’s deadline.

Even with the departures of Inslee, Hickenlooper, and Swalwell, there are still some 20 Democrats running for their party’s presidential nomination.

In announcing his re-election run, Inslee highlighted his failed presidential campaign, saying “It has been a profound honor to represent our state on the national stage in the presidential race. I am grateful for the opportunity to have told the country about Washington state's successful model of progressive action we are building together.”

Three Republicans have already jumped into their party’s gubernatorial primary. No GOP candidate has won an election for governor in the blue state in more than three decades.

Governors in Washington state aren't subject to term limits, though most haven't served more than two terms. The last three-term governor in Washington was Republican Gov. Dan Evans, who served from 1965 until 1977.