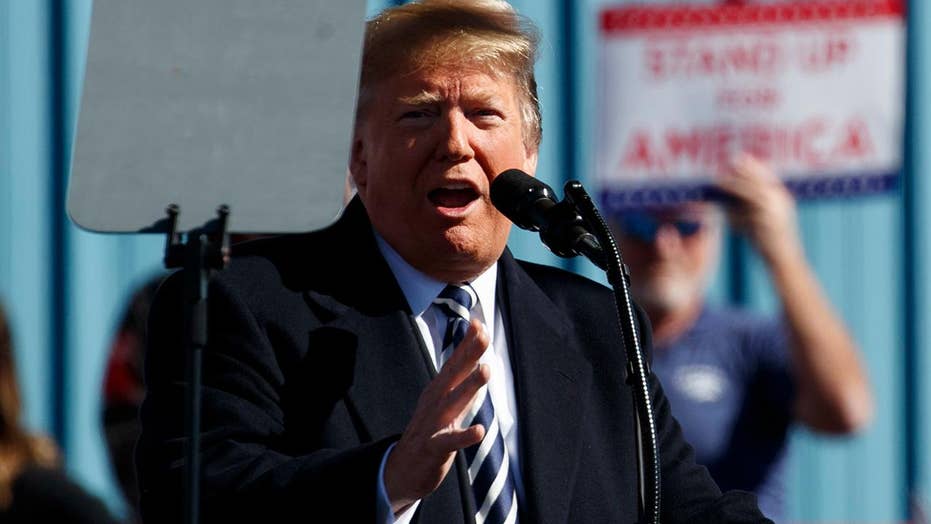 President Trump on Saturday continued his theme of portraying Democrats as campaigning for “radical socialism” and “open borders” and said they'll turn the U.S. into Venezuela if they take power.

“Democrats want America to become -- it’s not even they want it but that’s what’s going to happen -- Venezuela,” he said.

Trump made his remarks at the latest in his series of Make America Great Again rallyies, this one in Elko, Nevada. There he was offering his support for Republicans including Sen. Dean Heller, R-Nev., and gubernatorial candidate Adam Laxalt. Heller is seen as one of the most vulnerable GOP senators, elected in a state that voted for Hillary Clinton in 2016.

Trump’s remarks focused on the midterms, particularly on the consequences for immigration policy if Democrats prevail. They are aiming to recapture control of the House, and perhaps the Senate, too.

In particular, he spent a significant portion of his remarks focusing on the migrant caravan traveling toward the U.S. border from Guatemala and Honduras -- an issue he has frequently spoken about in recent days.

“Democrats want the caravan, they like the caravan,” he said, accusing Democrats of wanting to give welfare and health care to illegal immigrants.

He also returned to his theme of accusing the Democrats of being a mob, calling on Americans to vote for “jobs not mobs.” He described his opponents as an “angry ruthless unhinged mob determined to get power by any means necessary.”

"The new platform is radical socialism and open borders that lead to crime," he said.

Nevada is one of a number of key areas when the overall outcome of the midterms will be decided. Both sides’ bases have appeared energized by the recent, contentious confirmation process for Supreme Court Justice Brett Kavanaugh.

Trump has also visited Montana and Arizona in recent days as part of his effort to boost Republican turnout for the midterms. 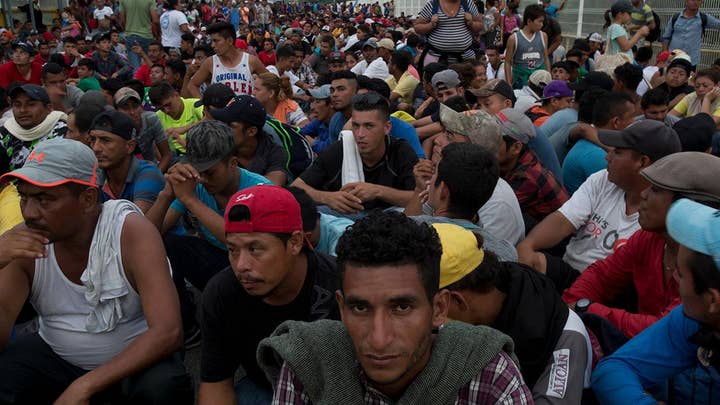 South of Trump's Elko rally, former Democratic Vice President Joe Biden was also out campaigning in Nevada on Saturday. He was in Las Vegas, at a union local, to lend his support to Heller’s challenger, Rep. Jacky Rosen. Biden said that American values are being “shredded by a president who's all about himself.”

“It's all about Donald," said Biden, who is seen as a possible 2020 Democratic presidential candidate.

In a sign of Nevada’s importance to both Republicans and Democrats, former President Barack Obama will be campaigning in Vegas on Monday. Obama won the state in 2008 and 2012, while Clinton carried it by just two points in 2016.

As both parties enter the final stretch before the midterms, both sides are trying to drill down on key issues. Trump told the crowd that it would be the election of “Kavanaugh, the caravan, law and order, tax cuts and common sense.”