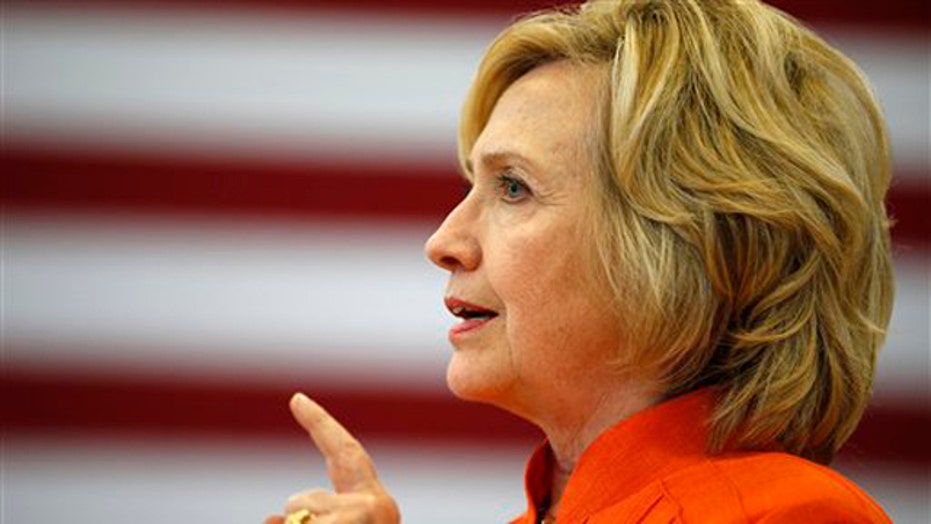 In a contentious exchange with reporters after a Las Vegas Town Hall event Tuesday, Hillary Clinton insisted anything she did with her email server was "legally permitted" and said the media were the only ones asking about it.

Asked if she had wiped her private email server clean before turning it over to investigators last week, she jokingly told Fox News' Ed Henry, “What, with like with a cloth or something? I don’t know how it works at all.”

Henry pressed the Democratic presidential candidate by pointing out that leadership is about taking responsibility.

“Look, Ed, I take responsibility,” Clinton replied. “In retrospect, this didn't turn out to be convenient at all and I regret that this has become such a cause celebre. But that does not change the facts. The facts are stubborn – what I did was legally permitted.”

Clinton last week handed over to the FBI her private server, which she used to send, receive and store emails during her four years as secretary of state. The bureau is holding the machine in protective custody after the intelligence community's inspector general raised concerns recently that classified information had traversed the system.

Clinton told reporters she was "very comfortable that this will eventually get resolved and the American people will have plenty of time to figure it out."

When Henry asked whether she oversaw the process to wipe the server clean, Clinton shot back, “my personal emails are my personal business. Right? We went through a painstaking process and through 55,000 pages we thought could be worth relating,” she continued. “Under the law, that decision is made by the official. I was the official. I made those decisions.”

The fiery exchange continued with Henry asking for a fourth time whether Clinton tried to wipe the server.

“That’s for the people investigating to figure out but we turned over everything that was work related,” Clinton said. “Personal stuff we did not.”

As she departed the room, a reporter asked whether the email scandal will ever end, Clinton turned to reporters shrugged and said “Nobody talks to me about it other than you guys."