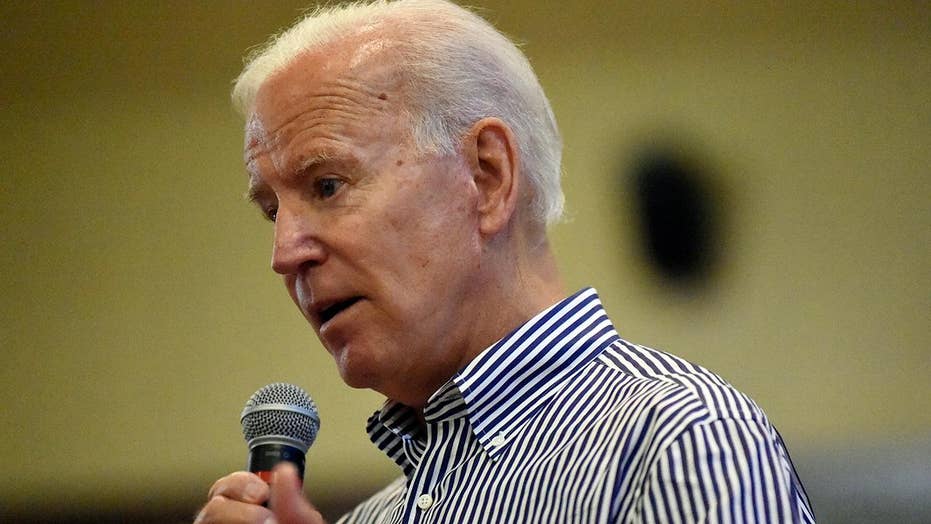 A growing number of Democratic presidential candidates are calling for the closure of migrant detention centers at the border, marking the 2020 field’s latest shift to the left on immigration.

Former Vice President Joe Biden, who remains the front-runner in the Democratic field, became the latest to endorse the call last week.

When asked at a campaign stop in Rock Hill, S.C., how he would improve migrant detention centers, he replied: “Close them down… By the way, we don’t need them!”

Biden went on to cite his experience in the Obama administration, saying the centers were unnecessary because “we kind of said, if you had said you have to report back for a hearing on such and such a date, people show up!”

“Like Joe Biden said when he launched his campaign and has repeated many times, we are in a battle for the soul of this nation. Donald Trump’s treatment of immigrants—separating families, putting children in cages while depriving them of basic human needs, and constantly depicting them as the ‘other’ is an appalling violating of our most deeply-held values as Americans,” Biden spokesman Andrew Bates told Fox News.

“This is yet another leftward lurch for Joe Biden, siding with the ‘open borders’ crowd and proving that there is no centrist lane in the Democrat primary,” Murtaugh told Fox News. “To oppose detention centers means our border patrols cannot enforce our laws and secure the border properly. And if he opposes some detention centers, but not others, it means he has no principles at all.” 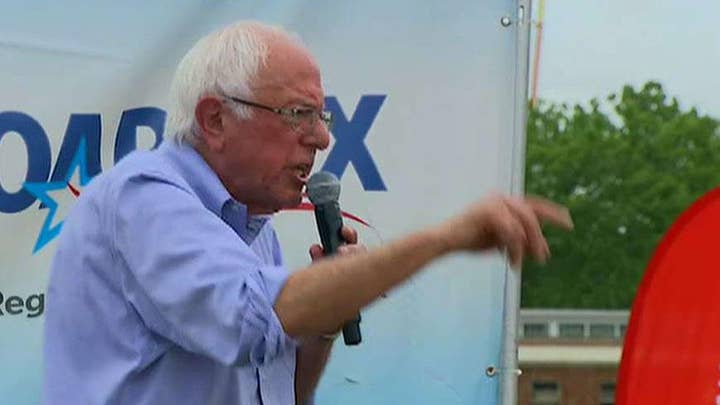 Though Biden specifically targeted private prisons, the impact of such a move would be sweeping.

According to Freedom for Immigrants, a nonprofit that advocates for the elimination of immigrant detentions, more than 200 migrant prisons and jails operate in the U.S. According to their analysis, over 60 percent of those detainees are held in privately run prisons.

Other presidential hopefuls, like Sen. Bernie Sanders, I-Vt., have also called for the closure of private detention centers, proposing alternatives for holding migrants.

“Bernie will order an immediate moratorium on private immigration detention centers and immediately begin the process of closing them,” Sanders’ spokeswoman Sarah Ford told Fox News in an email. “He will order a review of the standards for facilities that house children and immediately connect children to sponsors and supports.” 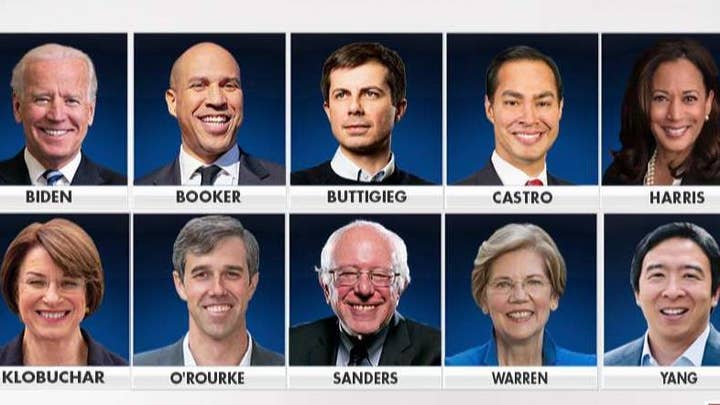 Ford added that Sanders would also “authorize and expand the use of community-based alternatives to detention that connect immigrants to health care services, legal counsel, and work opportunities.”

“Bernie will end detention for families, children, and non-violent immigrants,” she said.

Meanwhile, Sen. Cory Booker, D-N.J., proposed to “phase out the use of private detention centers over a three-year period,” and said, under his plan, illegal immigrants would be instead monitored using “alternatives to detention,” including ankle bracelets, bonds, and check-ins by phone and in person.

While other candidates, like Sens. Kamala Harris, D-Calif., Elizabeth Warren, D-Mass., Julian Castro, Beto O’Rourke, and Marianne Williamson have all called for the closure of for-profit detention centers, they have yet to offer specific details for their plans.

The growing number of Democratic presidential hopefuls calling for the elimination of private detention centers comes as many on the left have also called to abolish Immigration and Customs Enforcement (ICE) entirely. Presidential candidates, though, have not broadly embraced the idea of abolishing ICE -- instead calling for major reforms to the immigration agency.

The calls are geared toward addressing humanitarian concerns with regard to U.S. immigration enforcement. At the same time, Republicans warn that a reduction in enforcement could cause more problems by encouraging more illegal immigration.

The Department of Homeland Security reported in July more than 72,000 apprehensions at the southern border--a significant drop from May, when Customs and Border Protection (CBP) reported nearly 133,000 arrests, marking the highest monthly total in more than 13 years. The agency has described the situation at the border as a "full-blown crisis."

Since May, the Trump administration and the Mexican government have arrived at an agreement to "better protect and secure our common border." Mexico committed to deploying thousands of National Guard troops throughout Mexico, including at its northern and southern land borders, as well as to increase actions to dismantle human trafficking operations and take extra steps to coordinate with the American government to share information.

DHS officials have said that the decrease in apprehensions in both June and July is "absolute proof" that the deal with Mexico is working.