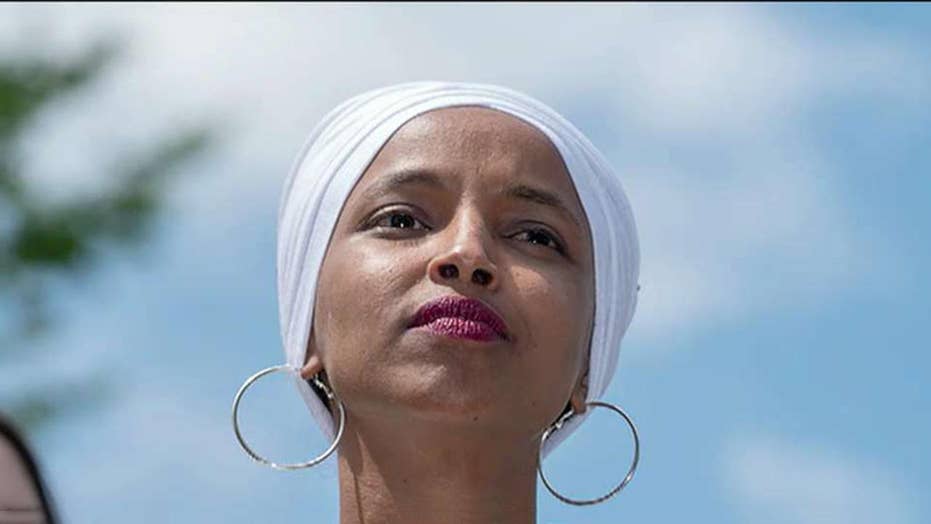 Court documents cite 'irretrievable breakdown' of the marriage; Trace Gallagher has the details.

Rep. Ilhan Omar has filed for divorce from the father of her three kids, claiming the marriage is “irretrievable” — amid allegations that she had an affair with DC-based political consultant Tim Mynett.

The freshman congresswoman filed to split from husband Ahmed Hirsi on Friday in Minnesota, the state she represents, The Post has learned.

ILHAN OMAR SAYS TRUMP 'TERRIFIED' OF HER 'INTERSECTIONALITY' AS A WOMAN, IMMIGRANT, MUSLIM

Omar filed on her 37th birthday, according to the US House of Representatives’ archives.

Omar and Hirsi were married in a religious ceremony in 2002. The two separated in 2008, then legally remarried in 2018.

“There has been an irretrievable breakdown of the marriage relationship,” the court documents filed in Minnesota say.

Omar said neither partner is seeking an order of protection and she asks the court to grant them “joint legal and physical custody” of their three minor children.